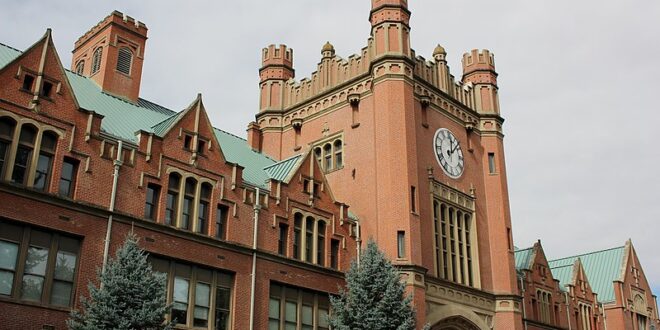 The Sept. 23 memo from the University of Idaho’s (UI) general counsel concerning the discussion of abortion by employees was basically right according to Idaho law, although overly broad in its application prohibiting speaking about contraception. However, the process of notifying faculty and staff should have been handled differently by the administration.

In every way, the state laws concerning abortion are a mess, creating great confusion.

Under current laws, the state is exerting power to eliminate much of people’s right to free speech in the public arena. This freedom is not only protected under the First Amendment and the Idaho Constitution, but it is also a basic human right. And these laws violate many people’s right to freedom of religion and speech.

In a Sept. 29 open letter on the state’s abortion ban, 19 religious leaders from across the state argue no government “committed to human rights and democracy can privilege the teachings of one religion over another. Let us be clear: Religion does not agree on the moral considerations surrounding abortion and the value of one life over another. But we do agree on religious freedom.”

“This is indicative of tyranny,” Satz said about the laws. “The (religious leaders) letter is right, we are seeing a religious demonization of bodily autonomy. Bodily autonomy is a fundamental human right which is being swept aside with all these laws.”

Back to the argument about the memo and the laws disrupting free speech, Satz said the First Amendment is “all over” this issue, along with Idaho’s free speech statutes. However, he added, there are two parts to be considered: The “No Public Funds for Abortion” law and the operation of law. These are creating a large amount of confusion in what can and cannot be said.

“The memo says this is the state law,” Satz said. “That is dishonest legally. The First Amendment is also the law. The only group who can fully answer this is the judiciary. The memo is correct: Idaho public employers cannot talk about abortion and the employees must follow the law; the university must comply.”

However, he added, also under law students still have the right to learn and professors are accountable for making sure students understand concepts (the Pico case). The big problem here becomes the issue of neutrality as expressed in the memo.

“A professor can have pro-life and pro-choice students in a class discussion and in just trying to maintain class decorum could be considered as not neutral by either side,” he said. “It creates a chilling effect, and this series of laws are just that. This is being shown now when the faculty are too afraid of giving their names in news stories.

“This is not how we educate people. This is a muddled mess of new law plus older law, some of which is lifted from territorial law, which is where you get the ‘don’t talk about birth control’ mess.”

The right to free speech is not absolute. The U.S. Supreme Court has created some limitations, especially speech that is hateful or endangers people’s lives. However, the same court codified free speech in the 1969 Brandenburg v. Ohio case in which it ultimately said the government cannot punish speech. Justice Hugo Black, in his concurrence, said all speech is immune from prosecution.

Except, perhaps, in Idaho where state law now specifically says people cannot discuss certain topics. What appears to be is a power move by certain religious and/or political groups to remove basic human rights from the state’s citizens.

While the unsigned UI memo may be correct according to state law, it begs the question about the impact on federal law in the state. It also brings to mind the quote from President George Washington: “If freedom of speech is taken away then dumb and silent we may be led, like sheep to the slaughter.”