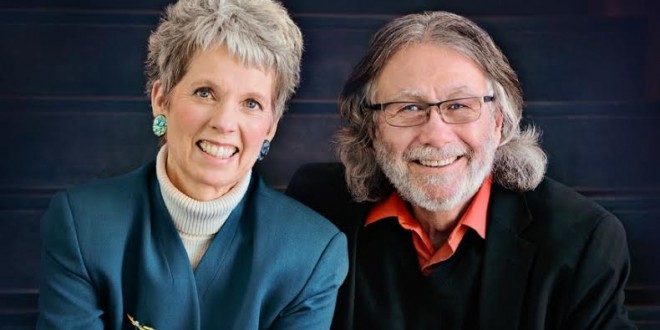 At the beginning of April, Unity Spiritual Center of Spokane chose replacement ministers to take the place of the Rev. David McClure who stepped down to focus on his health and healing.

The Revs. Jane and Gary Simmons from Unity Village, Miss. were chosen after an extensive interview process, according to the church. The whole process took eight months, and was headed by a volunteer search who looked a number of candidates. The top three were proposed to the Board of Trustees, who chose The Simmons.

Board members jokingly stated that they had “difficult negotiations” with Gary. He builds airplanes for a hobby, and needed to make sure there were enough people when he got here to help him move the plane into a garage. The board thought that if he had the guts to drive an airplane across the country, they could commit to helping him unload it.

Both Jane and Gary have a long history in ministry, and each holds a doctor of theology degree from Holos University Graduate Seminary.

“I’ve been in Unity since I was 20 years old, I went into ministry when I was 28,” Gary said at a event last weekend, where the couple was officially introduced to the congregation. “I feel that indeed this is a divine calling because this ministry is very, very unique insofar as it seems to be at a crossroads also, and that has been like this harmonic convergence of possibilities.”

Gary has past experience as a pulpit minister, but left the practice after he felt that he was not suited for preaching but for supporting leaders in ministry. This led him to pioneer a new form of ministry practice.

“I was able to successfully participate in a team that got $ 1.8 million in grants so that we could field test the ministry practice that I designed. We field tested this model of ministry, starting in 13 Unity churches throughout the country. Three years later we then completed the process and it was such an overwhelming success that I began an effort to try to bring those modules into the experience and understanding of Unity,” he said.

He and Jane are also co-founders of a new method of consciousness practice called The Q Effect. According to theqeffect.com, this 21-day course, “weaves together the latest research emerging from neurobiology, developmental psychology, and quantum science with the wisdom of the world’s mystical traditions to offer a powerful path to personal evolution.”

Jane’s history has been mainly focused on teen ministry; however, she began to feel the need for more.

“I felt like something was missing from me, and that was a congregation — that connection with people, the people aspect of it,” she said.

The Simmons are very excited to start this new ministry chapter in their lives, they said.

“I think who you are as a community is perfectly aligned with the gifts and talents that Jane and I bring that are so different, as you’ll discover, in terms of how we show up and our thoughts about things,” Gary said.

They are looking to create a ministry that goes to the next level, meaning they want to create “a real sustainable, thriving organization” that faces challenges and is focused on growing consciousness and integrity, rather than focusing on growing church numbers.

Jane has two children, is originally from Canada, and now holds dual citizenship.

“Being apart from my kids and grandkids in Canada is probably the biggest challenge… we Skype and I try to get back there on a regular basis and snuggle with my grandkids,” she said.

Gary has been married three times, and also has two children, as well as two step-children from a previous marriage that he is very close with.

“My son is gay, and Jane and I had the honor of joining my son and his husband many years ago, and I have a daughter though that I have not spoken to in about 12-13 years, and a grandchild I haven’t seen. That’s a place in my life that I have some regrets about,” Gary said.

The new ministers lead 9 a.m. and 11 a.m. services every Sunday at Unity, and said they will hopefully be implementing some retreats and classes this fall.