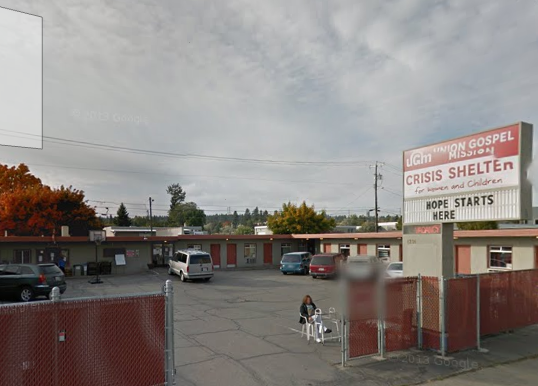 Imagine checking into a hotel room and being told the facility is full. You’ll be forced to share with another guest you’ve never met. Upon arriving in your room (the last free one in town, and you are unable to book another), you find the room occupied by not one other person, but five strangers. One bunk bed in the room is yours.

This uncomfortable situation is the reality for residents at Union Gospel Mission’s Crisis Shelter for Women and Children in Spokane. The aging facility is at capacity most nights and often over, said Shelter Director Rich Schaus, housing more than 90 women and children many nights.

To kick off a fundraising effort for a new shelter, Schaus and event organizers are hosting an open house at the Crisis Shelter May 1. Visitors can see the realities of the current shelter, including the kitchen (which uses a residential dishwasher for the 90-plus guests nightly), and the small rooms.

“It’s hard to comprehend until you see it,” Schaus said.

He hopes the open house will spur donors to give to UGM’s shelter fund. The organization is supported entirely by private donations and grants.

The dream for the new shelter is ambitious — it includes the addition of a daycare, a separate kitchen and a business center. Schaus said UGM plans to begin a microfinance-type program for women to start their own businesses and run them out of the shelter space until they get off the ground. The only caveat is that they must have some kind of social or community benefit, he said. For example, one woman recently began making her own handbags, designed to replace plastic grocery bags and cut down on waste. She will be selling them at the open house, Schaus said, which is just another reason to drop by.