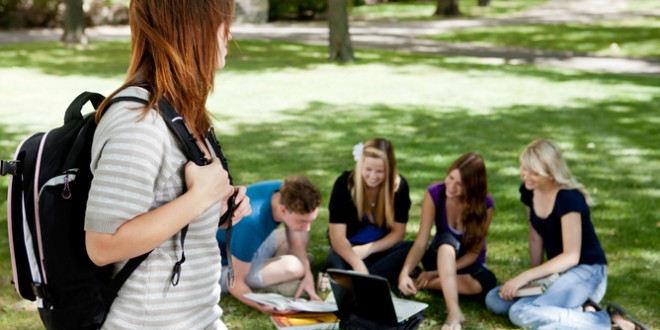 Bullying and suicide are both significant public health concerns for children and adolescents, and we need to understand the link between the two. Students via www.shutterstock.com.

Understanding the link between bullying and suicide

Bullying, most of us probably know, can be a tremendously painful experience for a young person. Stories about teens like Phoebe Prince or Amanda Todd who killed themselves after experiencing bullying have driven this point home. All 50 states have some kind of anti-bullying law, and schools are increasingly being called upon to implement bullying prevention programs.

Bullying and suicide are both significant public health concerns for children and adolescents, and we need to understand the link between the two. That means making sure that research evidence is integrated into the discussion so that we don’t jump to the wrong conclusions about bullying and suicide.

What does research tell us?

Many studies have examined the relationship between bullying and suicidality, which includes suicidal thoughts and behaviors. We wanted to see what these studies could tell us about the strength of this association. Basically, is being bullied or bullying others associated with suicidality?

To find out, we conducted a meta-analysis – that’s a study that rounds up all the studies to date on this topic. We examined 47 studies on bullying and suicide among students in K-12 settings. The studies were from the United States and other countries (including China, Australia, the UK and Finland).

The studies showed that bullies and bully-victims (youth who bully others and are also bullied themselves) all reported more suicidal thoughts and behaviors than those who were not involved in bullying. It’s bad for everyone involved.

We also found that bullying and suicidality were most strongly related for bully-victims. This is consistent with past research suggesting that bully-victims are a a group at a particularly high risk for experiencing mental health issues.

We wanted to know if the association between bullying and suicidality varied for girls and for boys, or if it varied by countries or how bullying was measured. So we examined these factors (where the study was conducted, the sex of the participants and so on).

As a whole, studies also showed a stronger connection between being a bully-victim and suicidal thoughts in studies that used a single question (eg, Have you been bullied?) with a definition of bullying than studies that measured bullying in other ways.

This finding might reflect that there are differences between youth who self-identify as being bullied rather than those who say particular experiences have happened to them (eg, they have been teased) but who do not self-identify as someone who has been bullied.

Bullying involvement of any stripe is harmful.
Boy via www.shutterstock.com.

What else do we need to consider?

For instance, in one study of fifth through eighth graders, researchers found that youth with no involvement in bullying reported significantly fewer thoughts of suicide and suicidal behaviors than youth who were involved in bullying in any way.

However, once depression and delinquency (engaging in illegal behaviors) were considered, there were only small differences between youth who were not involved in bullying and kids who were targets of bullying and between these uninvolved kids and bully-victims.

A recent study of adolescents highlighted the role of low self-esteem and depression as factors contributing to suicidal ideation for sexual minority and heterosexual youth who had been bullied.

What does this mean for intervention and prevention?

Our cultural narrative about bullying presumes that youth who are bullied are at greater risk for suicidal thoughts and behaviors. But research shows that bullies themselves are at risk as well. Bullying involvement of any stripe is harmful.

Findings from our meta-analysis highlight that it is not just youth who are targeted by bullying who are more likely to think about or attempt suicide. Youth who bully others and bully-victims also experience suicidality.

This analysis provides additional evidence that youth who both perpetrate and are victimized by bullying are at particularly high risk for psychological distress. Bolstering mental health supports for kids who bully others is essential. In addition to helping them curb their bullying behaviors, it is critical to look after their mental health needs as well.

Additional research is needed to better understand other factors that contribute to the association between bullying involvement and suicidal thoughts and behaviors. In turn, more effective prevention and intervention programs can be designed to better address the mental health needs of youth involved in bullying.

Previous Ask A Religious Scientist: What is your view of Hell?
Next Southern Baptists to open their ranks to missionaries who speak in tongues