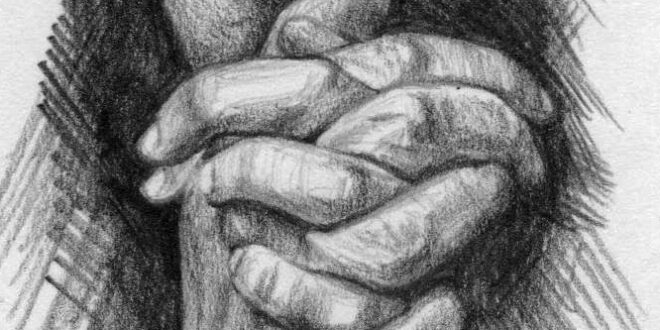 I once read that how we pray takes us to the heart of what we mean by God — understanding that the word “God” is humankind’s attempt to name the unnameable. The word God is an easy shorthand. I frequently use it as such, but I prefer the Sacred. I think the Sacred denotes much of the same idea but without some of the accoutrements that can be obstacles to thinking about God, such as anthropomorphism, supernaturalism and/or a Personal Being with many of the “omni” descriptors.

I agree with Archbishop Desmond Tutu when he says we are created in the image of God; we are God carriers. For him, growing in “godlikeness” means caring for others, acting compassionately. We are hardwired for compassion.

I believe this is similar to the Buddhist thinking that we need to discover our own “divinity” or enlightened nature by looking within ourselves. We already have it. I have read that some traditions see prayer as a practice to awaken our inherent inner capacities of strength, compassion and wisdom. Matthew Fox noted that prayer is the opening of myself to the God in me.

I believe most people would agree that prayer is a form of communication and connection. However, as my son said to me: “But connection with whom? With what?” Exactly.

What I believe prayer isn’t, or shouldn’t be, is a begging or entreating (the etymology of the word prayer) of an outside being to do something that being is unwilling to do in the absence of our requests. It shouldn’t be seen as a transactional activity — seeing the Sacred as a vending machine dispensing specific outcomes when the proper petition or payment has been tendered. That degrades both the pray-er and the Sacred to whom they believe they are praying.

As Martin Luther said, we pray not to instruct God but to instruct ourselves. Our “praying teaches us to recognize who we are and who God is, and to learn what we need and where we are to look for it and find it.”

Marcus Borg suggested that prayer can become a “thin place” — that is, prayer is a sacrament or a mediator of the Sacred, a place where the distance between the Sacred and the pray-er is diminished. If praying is some type of communication or connection with the Sacred, in whatever form the Sacred is, I think at its most profound level, praying includes the following:

Prayer should be about the transformation of the pray-er. Prayer and action are two sides of the same coin. If there are no tangible outcomes on the part of the pray-er after engaging in serious and deliberate prayer, what of value has been accomplished?

I agree with Marcus Borg when he expresses that how we behave in the world is a function of who we are, or think we are. But who we are — our identity and character — is also shaped by how we behave and what we do.

In the end, I believe prayer is less about asking or begging the Sacred to behave in a particular way in specific circumstances and more about making sure we behave in a just and compassionate way in the here and now.

Previous The Perfect Send Off: 5 Tips for Planning a Funeral
Next Ruminations on Father’s Day