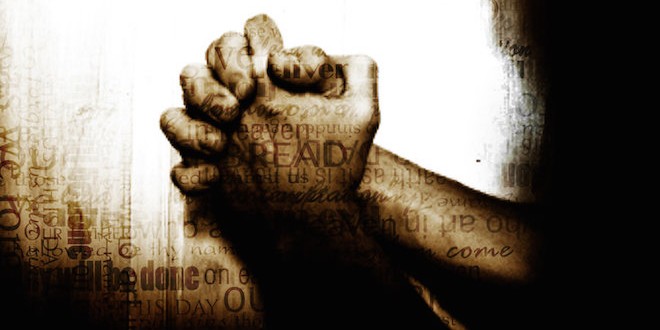 This real life story about prayer happened when my wife and I were attending our church in the San Francisco Bay area, where we lived. On this particular Friendship Sunday, attendees were encouraged to invite friends and family, especially nonchurchgoers, to attend.

The sermon focused on Jesus and salvation, or the deliverance of the soul from sin and its consequences. The leaders and many attendees hoped people would hear this amazing principle and become believers in Christ.

After the preaching, people were given an opportunity to receive Christ through prayer. I was part of a team that met and talked with people who had questions about their place in heaven. After the service, the pastor encouraged those who had prayed the “sinner’s prayer” to find one of us as a way of starting their new faith journey.

A woman responded and headed toward me. Having learned a question I could ask recent converts that could help them vocalize their new faith, I was excited to meet her and told her I had a question.

She seemed so enthusiastic to hear my query, but that’s when things took a turn I hadn’t expected.

“If you were to die today and stand before God at the gates of heaven and he was to ask ‘Why should I let you in?’ what would you say?”

Her response, instead of outlining the message she’d just heard preached, was the complete opposite. She also expressed severe doubt that God would welcome her into heaven. She saw her future tied to who she thought she was rather than what I’d hoped she’d learned about the person of Christ.

The Work of Evangelism

Now, at the time, I was involved in that “E” word dreaded by many Christians and non-Christians alike. The solution to this woman’s problem, to many in the work of “evangelism,” would have been a simple repeating of the prayer she had already said.

But I think God had me take a different path.

As an evangelical, I believe our future after dying can be secured here on earth and not by our own doing. When she replied she didn’t think God would let her into heaven because her life hadn’t been good enough, which was the opposite of the message she’d just heard preached, I grabbed my Bible.

I shared several passages from Scripture to show there was something only God could give her that could change the way she thought about her spiritual future. I then asked what she thought. She said she didn’t think she’d receive that gift from him, which the passages I read to her indicated she needed, to feel secure about her place in heaven.

To drive home the next step, I asked: “If a person becomes aware of something they need and knows someone who has it, what might they do to secure it?” She answered by saying that you should ask that person for what you need.

Her answer led us to a very specific prayer that will, I hope and pray, one day lead her to the point where her answer to my question about her entry into heaven changes.

Previous Biodiversity as a Metaphor for a Troubled Society
Next Jesse Jackson, William Barber arrested protesting filibuster and Manchin