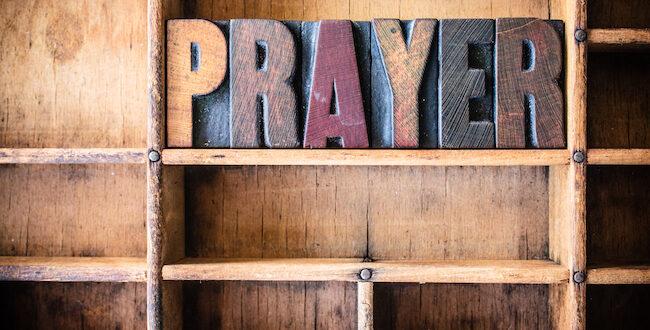 UNDERSTANDING PRAYER: An avenue for God’s purpose to become a realization in all of us

UNDERSTANDING PRAYER: An avenue for God’s purpose to become a realization in all of us

Prayer can be thought of as an open line of communication, a request, a petition for understanding, a plea for help, a supplication, an intercession, a thanksgiving, a confession and much more.

But the actual event of prayer is a mystery where, one might say, involves the energies of the Holy Spirit, who mystically connects us to one another and to God.

If one is a believer in the Christian God, then one knows we are spiritual beings in a carnal body and that our earthly presence here in human form is but a negligible moment in an eternity of existence. Through prayer, the Spirit of God who dwells in us brings us the knowledge and strength of God to become children of God (Romans 8:16), partakers of the divine nature (2 Peter 1:4).

To become like Christ enables us to receive all that God wants to give us eternally. Who would not want to experience a God who wants to share with us all that he is? Rejection of this gift would be like a person who was offered a billion dollars and responds by saying: “No, thanks. I got this.”

When does one pray?

Always, everywhere and anytime. For Eastern Orthodox Christians, prayer means to have the consciousness and influence of God in any event or experience — no matter how mundane or insignificant it may seem.

Prayer is not seen as an obligation or set of rules that need to be legally adhered to or followed. It is rather the establishment of an intimate relationship and communication with our father in heaven for his glory, as well as our benefit and edification of our fellow man. It is said that the path to God most often leads through your fellow man.

As Paul Evdokimov has remarked, “It is not enough to say prayers: we must become, be prayer, prayer incarnate. All of life, each act, each act, every gesture, even the smile of the human face, must become a hymn of adoration, an offering, a prayer.”

This is what Saint Paul means when he writes to the Corinthians that “whatever you do, do it for the glory of God” (1 Corinthians 10:31).

The mind descending into the heart

Prayer, then, is not merely a part of life that can conveniently be laid aside and called upon when we have a need for help. Prayer is as essential to our life as breathing — not just a superficial level of just mouthing words.

For Orthodox Christians, prayer most often is referred to as noetic prayer. The centuries-old Jesus Prayer “Lord Jesus Christ, Son of God, have mercy on me a sinner” is one of the most commonly recited prayers among Orthodox Christians.

Simply put, noetic prayer can be described as the mind descending into the heart.

Saint Theophan the Recluse calls the head (mind) “a crowded rag market: it is not possible to pray to God there because there is no end to our uncontrollable thoughts, continually chasing after one another. He tells us that ‘life is in the heart’ and that we must descend there with the mind.”

Romans 8:26 says: “Likewise, the Spirit also helps in our weaknesses. For we do not know what we should pray for as we ought, but the Spirit Himself makes intercession for us with groanings which cannot be uttered.”

Many believers are at a loss as to what to pray and how to pray. When one descends into the heart — which can best be described as the center of our being and the seat of our intellect — the Spirit aids us in our prayer intentions, interceding for us when our prayers are inadequate.

Saint Paul urges the Christians of the first-century Thessalonica to “pray without ceasing” (1 Thessalonians 5:17) and to “be constant in prayer” (Romans 12:12). If our daily consciousness is with God, our propensity to sin — which separates us from our fellow man and God — decreases.

Prayer offers the means for God’s intent and purpose to become a realization in each and every one of us — that is, to become more like Him — for why would we want to be with him if we are not “like” him?

Previous On Friends and Friendship
Next How to Design a Church: The Basics Explained

is hydroxychloroquine over the counter medication

UNDERSTANDING PRAYER: An avenue for God’s purpose to become a realization in all of us – SpokaneFāVS

where to buy hydroxychloroquine near me

ivermectil by mail in us

priligy for humans for sale

stromectol and penicillin the same