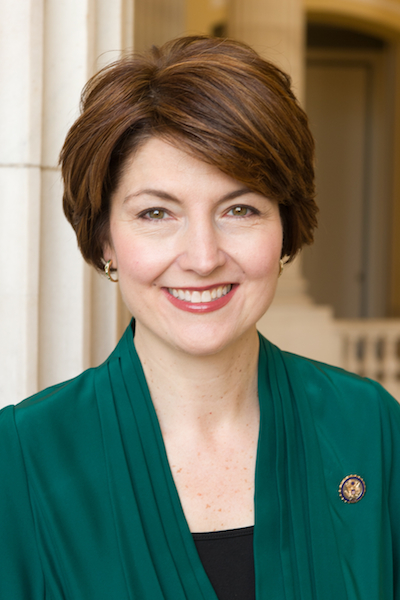 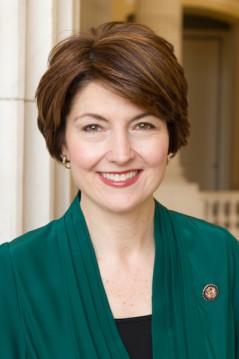 The Republican response to President Obama’s SOTU speech introduced many Americans to Rep. Cathy McMorris Rodgers. While those of us who reside in Spokane are already familiar with our congresswoman, little is known about her alma mater, Pensacola Christian College. A brief introduction to PCC might help illuminate some of the formative ideas that have shaped the faith and religious views of Rep. McMorris Rodgers.

Study of the Bible is a major concern at PCC, and every student there is required to take Bible courses. The treatment of the Bible at PCC is somewhat extreme. The school has a particular (and peculiar) attachment to the King James Version (published in 1611), noting on its website, “it is our practice to use only the Authorized Version (KJV) in the pulpit and in classroom instruction.” Their obsession with the KJV is at odds with scholars who consider dozens of alternative English versions (e.g. the NRSV) to be more faithful translations since they, unlike the KJV, are based on more ancient (and reliable) biblical manuscripts.

Academic or scholarly approaches to the Bible seem to be shunned at PCC. The seminary associated with the college seems to relish this lack of an academic approach:

“Pensacola Theological Seminary has a biblicist approach in its graduate Bible program in contrast to the pseudointellectual approaches of our day. In an attempt to be academic, many focus on teaching erroneous views of liberal theologians. The goal of our Bible program is not to fill our students’ minds with doubts and questions raised by liberals, but rather to fill our students’ souls with the Word of God itself.”

It is thus not surprising that not one of the faculty who teaches Bible at PCC is a trained scholar in biblical studies. None of the “Bible” faculty are members of the world’s largest and most established academic guild of biblical scholars, the Society of Biblical Literature. Dan Rushing, Dean of the Division of Biblical Studies at PCC, does not have a Ph.D. in biblical studies, and he received all four of his degrees from PCC and Pensacola Theological Seminary.

Throughout the college there seems to be a lack of academic rigor. Of the 117 full time faculty at PCC, only 13 (11.1 percent) have Ph.D.’s. Perhaps even more noteworthy is that 89 of their faculty received at least one of their degrees from PCC. Far from welcoming or valuing external perspectives, PCC embraces its exclusionary mindset:

“Without meaning to be unfriendly or unkind, we feel it only fair to say that Pensacola Christian is not a part of the ‘tongues movement’ and does not allow students to participate in or promote any charismatic activities, nor do we permit students to promote hyper-Calvinism.”

Although McMorris Rodgers graduated with a B.A. from PCC in 1990, the school itself was not accredited until Oct 29, 2013. Its accrediting body, the Transnational Association of Christian Colleges and Schools (TRACS), itself had difficulty receiving federal recognition. Its first such attempt (in 1987) was denied, and its successful effort in 1991 followed a federal advisory panel’s repeated recommendations to the contrary. In the mid-1990’s TRACS was placed on probation for eighteen months.

TRACS currently accredits 55 schools including Bob Jones University, Epic Bible College, Hillsdale Free Will Baptist College, Shorter College, Visible Music College, and the Seattle School of Theology and Psychology (formerly Mars Hill Graduate School). Schools seeking to be accredited must supply “a biblical foundation statement,” “a mission statement,” and a “Christian Philosophy of Education.” In its Accreditation manual, TRACS offers schools a series of suggestions to include in their biblical statements:

“The unique divine, plenary, verbal inspiration and absolute authority of all sixty-six canonical books of the Old and New Testaments as originally given. The Bible is the only infallible, authoritative Word of God and is free from error of any sort, in all matters with which it deals, scientific, historical, moral, and theological.”

“The full historicity and perspicuity of the biblical record of primeval history, including the literal existence of Adam and Eve as the progenitors of all people, the literal fall and resultant divine curse on the creation, the worldwide cataclysmic deluge, and the origin of nations and languages at the tower of Babel.”

“Special creation of the existing space-time universe and all its basic systems and kinds of organisms in the six literal days of the creation week.”

“The existence of a personal, malevolent being called Satan who acts as tempter and accuser, for whom the place of eternal punishment was prepared, where all who die outside of Christ shall be confined in conscious torment for eternity.”

In its Fourteen articles of Faith, Pensacola Christian College echoes many of these same sentiments. It states, for example, “Eternal hell was created for Satan, his demons, and people who do not believe in God.”

Religion is the only subject in which some people are proud of believing the same thing at age 40 that they believed when they were six. It is the only field in which development in critical thinking is seen by some as regression. With religion, people think their opinion is as legitimate as a trained professional. And the consequences are not merely academic. For people unwilling to engage in a critical study of religion or the Bible are destined to worship a God and Jesus of their own making.

This peculiar brand of non-thinking religion might help explain how a person of “faith” might vote against giving women equal pay to men (Lily Ledbetter Act), or vote against including gays, lesbians, Native Americans, and immigrants as people that should be protected against domestic violence (Violence Against Women Act), or vote to cut food to hungry children and the elderly (Supplemental Nutrition Assistance Program).

It might also help explain how a person of “faith” might embrace idolatry in viewing Christianity and the American Dream as one and the same:

“ . . . with the guidance of God, we may prove — proves ourselves worthy of His blessings of life, liberty and the pursuit of happiness.”

Matthew S. Rindge is Assistant Professor of Religious Studies at Gonzaga University. He is currently writing “Cinematic Parables: Subverting the Religion of the American Dream.” Follow him on Twitter at @mattrindge.