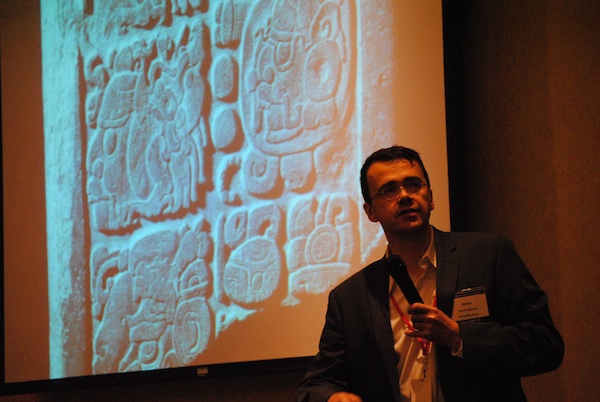 On Friday Simon Martin, of Penn Museum, said 2012 end of world predictions are based only on a small piece of the Mayan calendar.

“They (the Mayans) mention 2012 twice out of thousands of inscriptions,” he said. “It’s just a tiny fraction of much, much bigger system.”

Frederick Ware, of Howard University School of Divinity, said that’s because those who really do believe the world is going to end, are hopeful that something better lies ahead.

“End times belief is a very important and serious matter,” he said. “The end times was present at the very start of Christianity, it’s not anything new.”

He said Jesus and Paul both talked about the end of days. However, he noted, many Christian denominations have denounced making apocalyptic prediction.

When faith leaders do predict the end of the world, events like the Waco Siege can happen, said Dick J. Reavis, author of “The Ashes of Waco.”

“People who think the end times is coming aren’t any different than the rest of us. We don’t expect any crazy behavior out of them, that only happens when someone sets a date,” he said. “The problem with Waco was that the government set the date and there were firearms involved. I can’t think of a time when end timers attacked the community at large.”

Typically, Reavis said, end times movements occur when there is social uncertainty and, “when people feel like the world they know is caving in on them.”

He said there are countless people and groups who believe the world is in its final days.

“There’s so much turmoil in this country right now, you’re all going to get a chance to report on unexpected behavior because of end timers. Let’s hope it doesn’t involve the government or firearms,” he said.

He noted, however, that he doesn’t think Americans have bought into the 2012 forecasts because the Mayans are too far removed from U.S. issues.

Previous Whose first amendment is it, anyway? – a discussion of the religious freedom fight in Washington
Next SpokaneFAVS and The Church of What Will Be