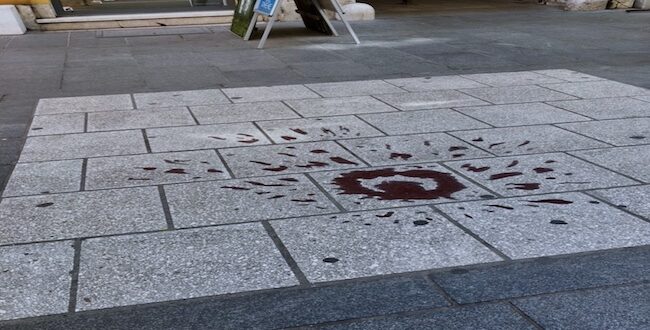 After Russia declared war on Ukraine, I remembered the aftermath of war I saw on my trips to Sarajevo in Bosnia and Herzegovina. Buildings left with bullet holes and the small craters left from mortar damage where innocent people lost their lives are now filled with a red resin called the “Sarajevo Rose” across the town. The “DO NOT FORGET” stones remind you of the horrifying past of war and genocide. These are the scars of war. In the middle of all these constant reminders of loss and tragedy, the city lives between life and death, now and then!

Modern warfare has brought us nothing except grief, devastation, death and loss of innocent childhoods. The wounds of wars never heal and leave scars to stay. Short-term consequences of war can be infrastructure destruction, a repairable loss. But the long-term consequences cannot be repaired and measured. War and conflicts destroy communities and have deeper psychological impacts on their victims that include soldiers, civilians, children and younger generations.

The world is a global village, and we are all intertwined. We all feel and bear the effects of such conflicts from one region to another.

During this forced Russian invasion and war, we witness misery and fear on the faces of Ukrainian civilians, but at the same time, we also witness bravery on the faces of same Ukrainian people standing against their enemy for their independence.

Along with the Ukrainian plight, I also want to acknowledge the plight of many others who are suffering coercion, atrocities and forced occupations in similar ways across the globe. Prime examples are of Palestine and Kashmir.

It’s time that we notice and stand for all the injustice that’s been happening in the hands of corrupt politicians and tyrants. Between politics, policies and personal individual gains those who suffer the most are the people.

Let us pray and spread the message of peace. This is the time to unite as the cumulative voice of the people! Let’s remember all who are suffering worldwide and implement the same standard of actions against all the tyrants. We can’t differentiate one life from another. An unjust loss of life is a loss of whole humanity!