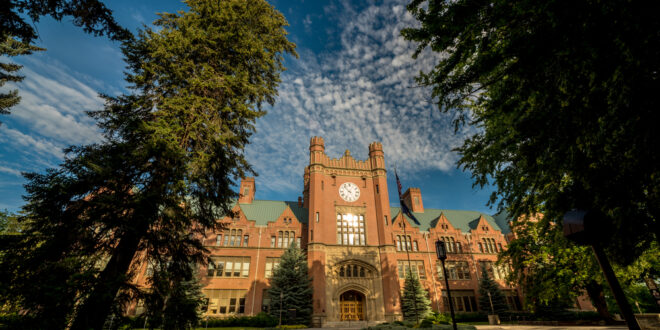 The Sept. 23 abortion memo from the University of Idaho’s general counsel created a firestorm felt from Idaho to the White House and beyond. The unexpected and unsigned memo is viewed as strident by faculty, staff and students.

For anyone who is unaware, the memo said under a new state law no one could talk about abortion, counsel students about abortion or provide any form of birth control information, and condoms could be given out only to prevent sexually transmitted diseases. Faculty can discuss abortion in class only if they remain neutral.

It begs the question: Could information about the new law have been handled differently?

The answer is an unequivocal “Yes.”

A follow-up Oct. 5 memo sent by UI President Scott Green is what should have been sent in the first place. In this email, Green clarifies the university is not changing any policies, UI cannot impose criminal charges as required under the new law, there is no change in the academic freedom policy and there is no change in student access to contraceptives.

However, more could have been and should be done to explain the entire situation to faculty, staff and students before the original memo was sent.

In my years at UI, there were many open forums and discussion opportunities when proposals were given to change policies. Faculty, staff and students were encouraged to discuss the pros and cons of issues. That certainly would have been a welcome first step here considering the new state law.

Another good move would have been for the administration to meet with individual departments in faculty meetings. These one-on-one discussions frequently can provide more information in a casual setting where faculty can address their specific concerns. This is especially true for schools and departments where abortion and contraception are likely to come up as a part of class discussions, especially sociology, psychology, journalism, criminal justice, political science, philosophy, biology and law.

Both options encourage open discussion, and, after all, isn’t a university supposed to challenge assumption and teach people how to think, not what to think?

But perhaps the simplest way would have been a statement from Green saying the university is reviewing the impact of the new state law on the classroom and faculty-student counseling sessions with an explanation of the new law before the general counsel’s memo.

People in universities are not all liberal, nor are they all conservative. There is a real mix of humanity with a wide variety of views. To impose such a draconian memo as the one from the general counsel’s office will immediately receive backlash from all sides because, quite frankly, people do not like to be told “you absolutely cannot do this” when it appears to infringe on their right to do so.

In his Oct. 5 memo, Green blamed “those outside our university” as fostering misinformation and confusion about the abortion memo. I don’t believe that is true. I think the original memo itself created the confusion and emotion felt by people within UI. Had the information been handled in a better way, UI could have avoided much of the backlash.

Because of the nature of the new law, saying handling the information in a gentler, kinder fashion would not be possible. But, by letting people know up front there is no change to university policy would have been a great start.

As for the freedom of speech issue the original memo brought up, it is still there. Just because the university is not changing its policies does not mean the state legislature has not encroached on people’s right to free speech. I think in his October memo, Green missed that significant point. Unfortunately, we now must wait for further clarification, including the promised frequently-asked-questions info from the university. However, ultimately it will probably mean a lawsuit against the state and for the courts to decide if Justice Hugo Black’s comment that free speech is immune from prosecution is still correct.

Previous The View from the Porch through One Eye
Next Religious Liberty For All: Inaugural Interfaith Event in Spokane Addresses Freedom, Tolerance