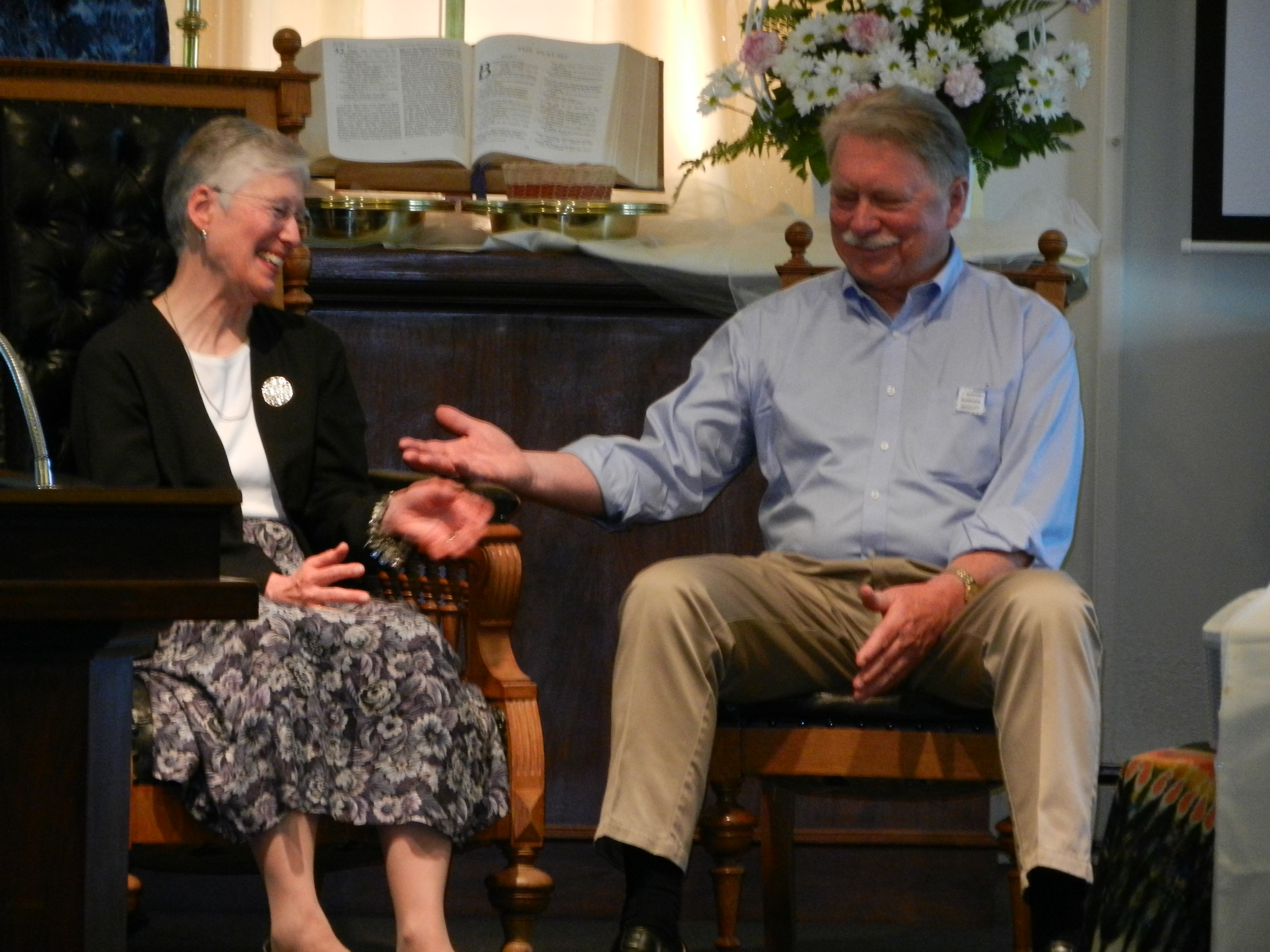 For six years, Randy and The Rev. Linda Crowe traveled south to the ninth — and largest — ward of New Orleans, combating mold breakouts and renovating houses that had been destroyed by Hurricane Katrina. This year, though, the couple’s trips to Katrina end, as their retirements begin in a Volkswagen across the country.

As pastor of Veradale United Church of Christ for nearly 18 years, Linda worked through the church’s recent transition to become “open and affirming” to the LGBT (lesbian, gay, bisexual and transgender) community, including the lead in a booth and banner at Spokane’s Pride Parade.

“We had lost people moving up to that, but (since) we’ve become open and affirming, we haven’t lost any members, but we’ve gained members,” said Don Young, Veradale UCC member and 17 &frac12;-year friend of Randy and Linda.

Young said Veradale UCC members in their 70s through 90s have remained with the congregation as well.

“She supports a lot of issues that had come up about accepting people of different walks (of life),” Veradale UCC member, Jerry Brines said about Linda’s support extending to other downtown events like the Occupy movement.

As Linda assisted the church in growing and sharing its community garden, she also aided her husband in his 22 years as director at N-Sid-Sen Camp and Conference Center, located off Lake Coeur d’Alene.

“Randy and Linda not only worked out here, but they directed and were very involved with all the kids camps that came out,” Mark Boyd, current director of N-Sid-Sen said.

Boyd said Randy opened his arms to different groups at N-Sid-Sen. For instance, he allowed foster children, split between families, to reunite with their siblings for a week at camp.

“He is incredibly, very opening and inviting,” Boyd said. “People feel at ease with him and he is very passionate about social justice issues.”

Randy retired three weeks ago and was replaced by Boyd. After Linda’s retirement on May 20, Veradale UCC will begin a pastoral search that may span two years.

Young said a UCC committee will pick an interim pastor to serve Veradale UCC later this week, while another committee will start the process to find a full-time pastor.

“We’re kind of excited about our interim, and whoever is our full-time (pastor) can bring great new ideas,” Young said.

While new ideas will spur from new leaders, some of Linda and Randy’s traditions will remain.

Boyd said he will continue to provide food for the East Side Fire Department Pancake breakfast, a tradition Randy started at N-Sid-Sen during a large ice storm years ago. Young said he is sure traditions like the Veradale UCC Plum Pudding Festival, a kick-off to Christmas season, will remain despite Linda’s retirement as well.

“There’s nothing incidental or materialistic (about Linda and Randy),” Brines said. “They’re very much for people who aren’t accepted. Not only people, but ideas. I believe that if you have an opportunity to meet or get to know them, you would be missing something if you didn’t.”

Even in retirement, Linda will continue work as an interim pastor while Boyd said Randy plans to volunteer for Habitat for Humanity.

“I think that Randy and Linda both model the behaviors and the ethics that Christ planned and designed for all of us,” Boyd said. “People we come in contact with know they’re cared for and important. Randy and Linda have that presence.”