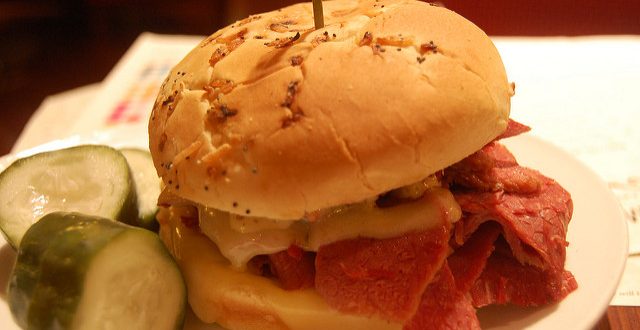 By Theopolis Waters CHICAGO (Reuters) – In recent weeks, the U.S. meat industry has found itself wrestling with a culinary conundrum: Would American Roman Catholics be able to eat corned beef this St. Patrick’s Day?

Traditionally in the United States, the Feast of St. Patrick – a celebration of Irish culture, and renowned for all things green – calls for a family meal featuring corned beef and cabbage.

But this year, the holiday will fall on a Friday during Lent, the season when many Christians observe a period of fasting and repentance. Catholics are required to abstain from eating meat on Fridays during Lent.

So meat packers and restaurants breathed easier after dozens of church leaders around the country recently granted dispensations to the corned-beef faithful.

At least 80 of the nearly 200 U.S. Catholic dioceses have issued some form of exemption on avoiding meat on St. Patrick’s Day, including those in Chicago, Boston and Atlanta, according to the Catholic News Agency.

In Omaha, Nebraska, Archbishop George Lucas said Catholics in his archdiocese could eat beef on March 17 as long as they abstained from it on March 18.

The seasonal demand for the stringy, salted hunks of meat is usually a time of economic cheer for country’s beef sector, when sales boom.

St. Patrick’s Day and the Fourth of July are the top two holidays for U.S. beef consumption at home, according to the National Cattlemen’s Beef Association trade group.

Corned beef sales account for less than 1 percent of total retail beef sales during the rest of the year – but jump to 9 percent in March, NCBA said.

Such volume is expected to help offset the tight margins that have challenged beef processors in recent months, analysts said. Overall, U.S. beef retail prices are hovering at three-year lows amid heavy supplies, according to U.S. Department of Agriculture data. For the week ending March 8, choice brisket price averaged $1.50 per pound, down 18 cents from last year and the lowest since the $1.41 average for the same period in 2013. (Editing by P.J. Huffstutter and Matthew Lewis)