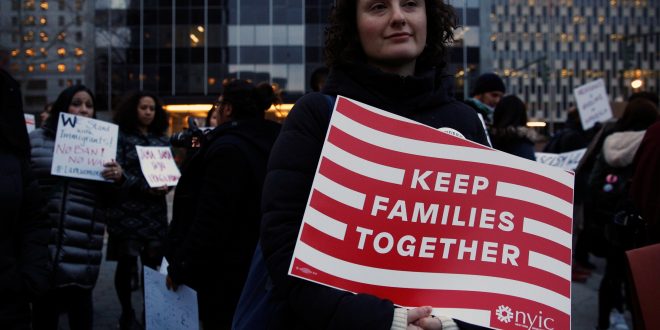 The order from the 9th U.S. Circuit Court of Appeals could increase pressure on the Trump administration to clarify its intentions regarding the controversial executive order.

The 9th Circuit suspended Trump’s travel ban earlier this month while litigation over the measure proceeds. Trump has said he will soon issue a new executive order that addresses concerns raised by the appeals court judges.

The president’s Jan. 27 order caused chaos at airports around the world as visa holders heading to the United States were pulled off planes or turned around upon arrival at U.S. airports.

Trump has said travel limitations are necessary to protect the United States from attacks by Islamist militants. His original order barred people from Iran, Iraq, Libya, Somalia, Sudan, Syria and Yemen from entering the country for 90 days. Refugees were banned for 120 days, except those from Syria, who were banned indefinitely.

Americans were deeply divided over the measure, which was condemned by prominent U.S. companies and allies and challenged in court by the state of Washington.

In a response, the state of Washington said the Trump administration has said both that it would pursue an appeal, and that it would issue a new order.

“Throughout these proceedings, there appears to have been a lack of communication between the Department of Justice and the White House,” the Washington attorney general’s office said in a court filing arguing that the 9th Circuit move forward now.

After stating that a new travel ban would be issued last week, a White House official said on Wednesday that a new order would come sometime this week.

Previous Genetic ancestors, DNA and the soul
Next Ask a Mormon: Why do you call yourselves Mormon rather than Christian?