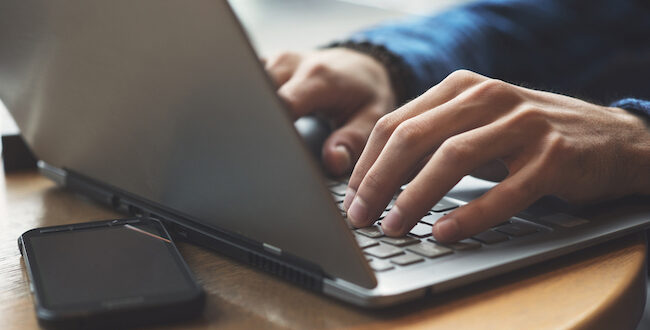 I first started working in 1963, filling beer coolers at a small corner market. And I continued to work for 57 years.

For most of that time, I was a newspaper reporter and editor. That was how I defined myself. If someone asked, I would say “I am a reporter.” Or “I am an editor.” Or, if I wanted to sound more important, “I am a journalist.”

But that life ended in 2008 when I left The Spokesman-Review.

It took a few years, but after I joined the University of Idaho journalism faculty, my answer became “I am a college professor.”

But that life ended, too.

I retired in May 2020, partly to avoid COVID exposure, but primarily because I was turning 70. It was time to step back.

But after 57 years of hard work, retirement scared me. What would I do with my time? I had never, ever slowed down. Would I be one of those retirees who simply folds up and dies when their work life ends?

And most frightening, what could I say if people asked. My professional identity was gone. Saying “I am retired” seemed to diminish a lifetime of hard work.

And then came FāVS.

I first met Tracy Simmons when she joined the University of Idaho journalism faculty. She was a great colleague, and as I learned shortly after meeting her, was director of a lively and successful local digital news site.

Men when they retire, try to fill their lives with activities they love. Maybe it is woodworking. Maybe outdoor recreation. Maybe travel. Maybe card playing or shooting pool. Maybe spending time with grandchildren, not possible for me given time and distance.

The activity I love, have always loved, is writing.

So, giving it not much thought at all, I asked Tracy if I could write a column for her site, Spokane Faith and Values.

July 5, 2020, in the middle of the worst part of the COVID quarantine, she posted my first column. And though I did not plan it that way, I have been posting weekly ever since, 112 columns in all.

As an editor, I supervised several terrific newspaper columnists, some writing as often as three times each week. I cannot fathom that amount of effort and dedication. Once a week is hard enough.

But there is a rhythm. I try to generate my column ideas on Friday, prepare a first draft on Saturdays, complete the final draft on Sundays, then send to Tracy on Mondays after a final read. Sometimes, my dear wife Carla will do a quick edit. Her line editing and content suggestions are always on point.

Column writing does not fill my days, there is plenty of time to do other things. But it is a job of sorts, a commitment that I find enormously fulfilling, though the audience for my columns is small.

In the beginning, I wrote mostly about politics. Donald Trump was still president, so that subject was always going to be low-hanging fruit. I sometimes wrote about media practices, or about religion and atheism. Some columns were simply personal biography.

I first wrote about media bias and skepticism in September 2020. In October 2020 I wrote about anti-Semitism driven by Christian nationalists and how American Jews feel the threat. I wrote about my father and our complicated relationship in a December 2020 column.

In February 2021, I tried to explain why I do not believe in prayer.  I wrote about love and marriage in April 2021 and friends and friendship that July. In August 2021, I wrote about going home to Oregon. I said goodbye to my mother last September. I have written about my amazing daughter a few times, most recently about her decision to change her name. I wrote about my cigar habit in May.

Readership peaked in mid-2021, perhaps because people were locked away at home and had nothing better to do. But it remains steady with an occasional bump. My most recent column, on Elvis and cultural appropriation was best-read and most-shared in a year.

As columns go, my personal favorite was about uncovering a family secret that connected us most closely to the Holocaust.

And what was my best-read column in two years?

In October 2020, I wrote about The Spokesman-Review’s editorial endorsement of Donald Trump, calling it a shameful editorial. Readership on FāVS was double the usual and that column was my most widely shared.

That is almost secondary. I write for me, would continue without any readership. I enjoy it. It fills time with something productive. And I think it keeps my mind sharp and my brain rooted in the moment.

Thank you, Tracy Simmons, for giving me the chance to write, and the forum.

I hope we will be marking my third anniversary with FāVS this time next year.

Previous A Buddhist argument for restrictions on assault weapons
Next VIDEO! Pop up Coffee Talk: Roe v Wade & Scotus – How my Faith Tells me to Respond