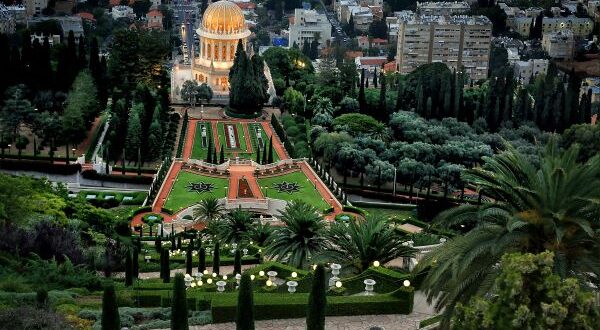 Persecutions and violations of human rights in Iran are the subject of two pending Congressional bills. Both condemn “the Government of Iran’s state-sponsored persecution of its Baha’i minority and its continued violation of the International Covenants on Human Rights.”

This is not new. For many decades Congress has been condemning such violations, which began shortly after the faith itself began in 1844. Eye witnesses, including foreign diplomats and correspondents, reported 20,000 early believers being subjected to gruesome deaths in the 19th Century.

Official persecutions have ebbed and flowed since, depending on whims of whatever government was in power, but they’ve never stopped. Besides loss of life itself, generations of Iranian Baha’is have suffered loss of basic human rights for nearly two centuries. And the situation appears to be getting worse.

In February, the Jerusalem Post reported, “Iran regime plans to enrich itself by seizing Baha’i properties.” The article quotes human rights experts: “Baha’is are the most persecuted non-Muslim religious minority group in Iran.” It cites the example of Jafar Mahallati, Iranian diplomat to the UN.

In 1983 he falsely compared Baha’i activities to “acts of immorality, sexual abuse and murder.” Amnesty International in 2018 found that Mahallati himself, while serving as UN ambassador, “carried out crimes against humanity by covering up the massacre of at least 5,000 Iranian political prisoners in 1988.”

Baha’u’llah, in response to officialdom’s lies, condemned lying and his own mistreatment at the hands of his persecutors: “Behold how ye reject Us, how ye condemn Us, through the things which your lying mouths have uttered, as an infidel, how ye devise your devices against Us!”

Senate Resolution 183 “condemns Iran’s state-sponsored persecution of its Baha’i minority and its continued violation of the international covenants on human rights.” It calls on Iran “to immediately release all imprisoned or detained Baha’is.” It further urges the U.S. President and Department of State “to impose sanctions on Iranian officials and others who are responsible for serious human rights abuses, including abuses against Iran’s Baha’i community.” House Resolution 744 is virtually identical.

In support, the National Spiritual Assembly of the Baha’is of the U.S. (USNSA) has requested Baha’is and friends to ask their Congressional representatives not only to vote for the pending legislation, but also to co-sponsor it.

In its request the USNSA cited “a number of disturbing developments” in the last year and a half, including “the enactment of changes to Iran’s penal code, making it easier to successfully prosecute anyone belonging to an unrecognized religious minority.” It noted “an increase … to over 950 each month, in the average number of articles, broadcasts, and social media postings from state-sponsored sources containing anti-Bahá’í hate propaganda.”

Seizure of Bahá’í-owned real property, especially farms and adjacent houses, has been “facilitated by precedent-setting appellate court decisions.” The number of Baha’is defending themselves at some stage within Iran’s criminal justice system — from initial arrest to final appeal and sentencing — has more than doubled. Other forms of persecution exclude Baha’is from public sector employment and Bahá’í youth from Iran’s university system. Such governmental actions continue unabated.

To support the pending Congressional legislation, Baha’is throughout the country are being asked by the USNSA to participate in a congressional “call-in day” on Tuesday, May 17. When phoning offices of their senators and representatives, callers should state their support for the legislation. Supporters may phone at any time.

Specifically, callers are asked to request that the senator or representative co-sponsor a bill, not just vote for it. Readers can view an updated list of co-sponsors of each bill here for the Senate and here for the House of Representatives. (If your members of Congress are already co-sponsors, there is no need to call.) Callers should specify the accurate abbreviations for the respective bills: “S.Res.183” in the Senate and “H.Res.744” in the House.

Previous efforts have seen “strong bipartisan support for similar resolutions,” according to the USNSA letter, “and we have every reason to believe that these will likewise garner broad-based support.” Such an outcome is more likely if constituents request co-sponsorship from those representing them.

Specifically, co-sponsorship is being requested to help resolutions pass more easily through the Senate Foreign Relations and the House Foreign Affairs Committees to reach the floor for a vote.

Baha’is have been encouraged to enlist support of family, friends and neighbors as well as interfaith groups and like-minded organizations in making these calls. Further information about Baha’i persecutions in Iran is available at the “Frequently Asked Questions” section of the Public Affairs page  on the U.S. Baha’i website. That site also includes detailed instructions for the May 17 call-in campaign. Questions should be directed to the Baha’i Office of Public Affairs at 202.833.8990 or by email at usnsa-opa@usbnc.org.