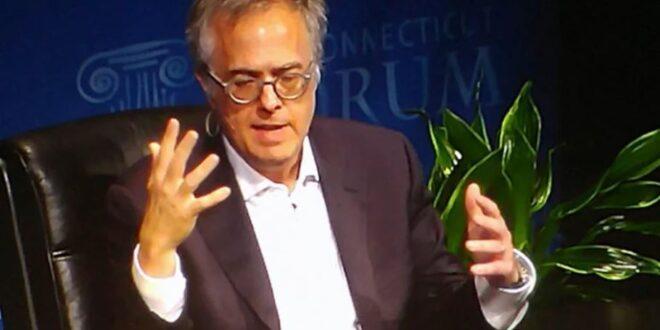 And may he rest in peace.

Today brought news of the death of Washington Post columnist Michael Gerson, from cancer, at the age of 58. In recent years, the former speechwriter for President George W. Bush emerged as one of a small group of important anti-Trump evangelical Christians, along with his friend and co-author Peter Wehner and the lawyer David French. Gerson’s voice will be missed by many.

In his Post obit, Brian Murphy doesn’t strictly observe the traditional Latin injunction, “De mortuis nihil nisi bonum” (of the dead [say] nothing but good) … and neither will I. What Gerson principally had to answer for in his career was his role in promoting the post-9/11 war in Iraq.

Not that he didn’t have plenty of company. If the principal perpetrators of the war — the late Secretary of Defense Donald Rumsfeld and the still extant Vice President Dick Cheney, not to mention Bush himself — ever uttered a mea culpa for the lies that got us into it and the criminal behavior that accompanied it led to, I’m not aware of it.

Gerson was the Christian moralist who turned fellow Bush speechwriter David Frum’s phrase “axis of hatred” (describing Iraq, North Korea, and Iran) into the theologically loaded “axis of evil.” He was the friend and influential adviser to Bush who, as his chief wordsmith, played a critical role role in framing the lies that provided cover for the war.

Yet for the rest of his life, writes Murphy, he “mostly sidestepped the many ethical and legal questions arising from the Iraq and Afghanistan wars and such consequences as the waterboarding of prisoners, renditions to Guantánamo Bay and the thousands of civilian casualties.”

Still, Gerson deserves high marks for his criticism of Donald Trump and, above all, for his readiness to call out fellow evangelicals for their abject obeisance. The day after the assault on the Capitol he wrote a column holding them more responsible than anyone else for “unleashing insurrectionists and domestic terrorists.”

I come back to this group repeatedly, not only because I share an evangelical background and resent those who dishonor it, but because the overwhelming support of evangelicals is the single largest reason that Trump possesses power in the first place. It was their malignant approach to politics that forced our country into its current nightmare. As white nationalists, conspiracy theorists, misogynists, anarchists, criminals and terrorists took hold of the Republican Party, many evangelicals blessed it under the banner “Jesus Saves.”

Last September, in an extended meditation on why so many conservative American Christians are not enraged by Trump, Gerson chastised them for being “on the wrong side of the most cutting indictments delivered by Jesus of Nazareth.” And in an apparent reference to his own impending death, he wrote:

God’s call to us — while not simplifying our existence — does ennoble it. It is the invitation to a life marked by meaning. And even when, as mortality dictates, we walk the path we had feared to tread, it can be a pilgrimage, in which all is lost, and all is found.

In his last years, Gerson’s pilgrimage took him in the opposite direction from the majority of his co-religionists. As the Trump enchantment begins to dissipate, how many of them will turn around and follow in his footsteps?