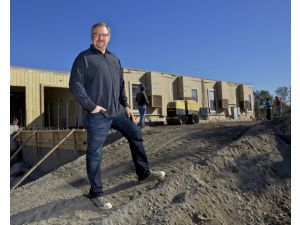 Sean Trende has a blur of numbers that clearly show how states with large evangelical populations are coming into play, and that could hurt Mitt Romney.

“Is Santorum a long shot? Certainly,” saysThe Washington Post's Jennifer Rubin. “Can we make this a competitive race?Muchweirder things have happened in this campaign.”

Almost as weird as the congressman who didn't realizeThe Onion is a satirical magazine and therereally is no $8 billion Planned Parenthood “Abortionplex.” The rock climbing wall was the giveaway for me.

Kosher Congressman? Rabbi Shmuley Boteach, bestselling author of “Kosher Sex” and the new “Kosher Jesus,” is considering a run for Congress as a Republican from New Jersey. He wants to “bring Jewish values into the political discourse.”  Read full post here.