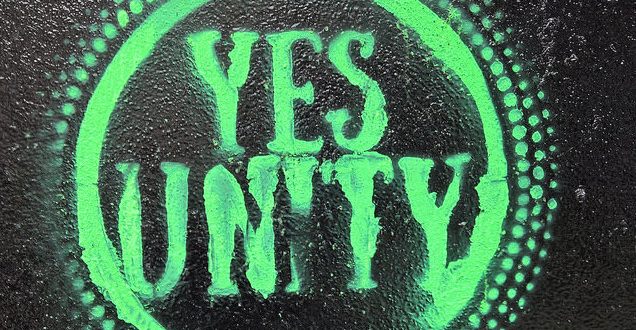 Trying to Stay United in a Divided World

I was “saved,” as you may call it, when I was 13. I fell away from this faith in my mid-twenties and spent a few years as an atheist before I came back into a faith experience that was, for me, totally different from my original religious devotion. Living in North Idaho, I did not have a whole lot of spiritual options to explore for my faith. There are just different versions of conservative evangelicalism, and it is in this backdrop that I had to struggle to find my own voice that was resonantly different from everyone else’s. I have come to reside in the more liberal-leaning theologies of Christianity with intellectual heroes like Paul Tillich and Edward Schillebeeckx as my source for spiritual nourishment.

Admittedly, it is hard to uphold the mission of Christ to be a united people. I’ll be honest, coming from a fundamentalist and evangelical background, when I look at what my former tribe believes and how they behave it becomes harder and harder to see past all the hate and bigotry that is becoming more and more prominent in all aspects of society today. And I recognize with this that, at the other end of the spectrum, it must be getting harder and harder for conservative-leaning Christians to see past all the “relativism” and lack of conviction that they see as the source for so much immorality and suffering. And that is the rock and hard place where I find myself. From my perspective, I feel like I would be enabling people to treat homosexuals as less than God’s children or violate women’s rights if I tried to be united to my former tribe of Christianity, but at the same time I know that the other side of my faith-family must feel the same way about me.

Unity between my former religious convictions and my present ones just does not seem possible morally or theologically. This has been frustrating because it makes it hard for me to truly believe in the gospel of Jesus Christ if the mission of unity cannot be achieved. I have to believe that unity must mean something more than one group being right and working tirelessly to get the other group join their side. I have to believe that unity is something that resides outside this dynamic religious development. It has to transcend my own limits as a liberal-leaning Christian, and it has to transcend the limits of conservative Christians as well. Thus, unity cannot be contained or defined by our differences and disagreements with one another, but it can still influence and move within those conflicts to draw us ever closer together, inch by inch if necessary.

What has helped me obtain this view of unity comes partly from my own personal faith journey. I find that crisis and trauma play a huge role in how we relate to authority and freedom at even a cognitive level. In my own life, personal tragedy has the effect of making me rethink previously held beliefs about the world and my own potential. It seems likely that the beliefs we profess have more to do with the trauma that we carry with us rather than the intellectual convictions we have becomes convinced of; like Plato said, “We are all walking down a hard path.”

As one who has accepted the new life found in Jesus, I find it is my spiritual right to see myself and others as being set free from the trauma of life. The new life found in Christ motivates me to reconcile with those of the other tribe, not because I find their beliefs abhorrent and detrimental to others, but because, like me, they have experienced trauma in this life and are reeling from its effects, and are probably just doing the best they can to hold it all together. And so I know and accept that conflict must happen between us, there is a lot of work that needs to be done and a lot of healing that needs to take place. I can face a world where I may be the moral antithesis of someone else’s religious convictions if it means that in some sense we are both simply struggling to find healing in God; and I am willing to work with my own moral opposites if it means that in some way I can come to understand my own healing process, not to convince others of their own wrong and gain some achievement of “winning the argument,” but to come to my own self awareness as a trauma victim who could have ended up in a much different place, but by God’s grace is given new purpose.

Previous Is persecution God’s gift to us?
Next Jehovah’s Witnesses fear Russian government may ban them