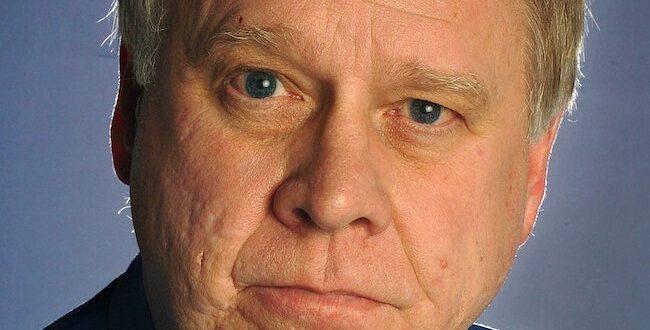 The legendary Spokesman-Review investigative reporter died Nov. 20, the result of a brutal infection.

His death is an incalculable loss to journalism and is both a reminder and a warning that his reporting style has all but vanished from America’s local newspapers.

It takes instincts, courage, and perseverance to produce the long-form investigative reports that were Morlin’s hallmark. It also takes a news organization prepared to invest time and money to support a reporter who might produce a handful of bylines in a year.

In his long career, beginning at The Spokane Chronicle and later at The Spokesman-Review, Morlin was best known for his coverage of the Ruby Ridge standoff, his reporting on white supremacist groups in Eastern Washington and North Idaho, and of investigations into child sexual abuse involving the Catholic Church, the Boy Scouts, and the Spokane County Sheriff’s Department.

His reporting on regional hate groups was so significant and so detailed the FBI would come to him for information in the midst of their own investigations.

Morlin’s low-key personality – and complete lack of interest in self-promotion – masked a dogged, relentless, shoe-leather style as he chased the toughest stories – and almost always got them.

I have written before about journalists as first responders, running toward danger when called upon to report those sudden, often deadly turns in history.

Defying danger to report a breaking story requires one kind of courage. Equally courageous is a willingness to speak truth to power. And in that regard, Morlin was one of the most courageous journalists with whom I ever worked.

My association with Morlin came later in his career but deepened with the investigation into sexual abuse and online sexual activity on the part of Spokane Mayor Jim West.

It took nearly three years, 2003 to 2005, for Morlin and his co-investigator, Karen Dorn-Steele, to break the West stories. Throughout, Morlin and Dorn-Steele were the objects of continuous threats, some physical, some professional. West’s allies in law enforcement and business came after the reporters with a relentlessness fueled by power and greed. West and his allies would even show up at professional presentations, sitting in the front rows in an open effort to discredit and intimidate. Some in our own newsroom turned on them.

But Morlin and Dorn-Steele were resolute. Their reporting, controversial at the time, has held up. In recent years I have heard from many who have told me we got it right, passing along information on additional West victims. With West dead nearly 15 years, none of that matters anymore except to confirm for me the reporters’ outstanding work.

In my career, I have worked with three great truth-to-power investigative reporters. Morlin and Dorn-Steele, of course. In that same league is Pam Zubeck, the lead investigative reporter at The Gazette in Colorado Springs when I was editor in the late 1990s. Dorn-Steele is retired. Morlin is dead. Zubeck continues to break important stories, but now for The Independent, a Springs’ weekly that hired her after The Gazette staff was shredded by new owners.

All three were, among the last of the great local news investigators whose willingness to speak truth to power helped make their communities safer.

The local news business has all but collapsed in recent years. Staffs have been butchered and very few newspapers can afford to keep reporters who might spend months on a story before it can be published, or more importantly, months before they determine there is no story at all.

The Spokesman-Review here in Spokane remains one of the healthiest local newspapers in the Northwest. But hard-working columnist Shawn Vestal is as close to a full-time investigative reporter as can be found on staff. Despite all the demands on his time, he has assumed Morlin’s role as primary reporter covering regional hate groups.

Other regional newspapers long ago lost their long-form investigative reporters.

As a young reporter at The Register-Guard in Eugene, Oregon, I was honored to know Jerry Urhammer, that paper’s investigative reporter and one of the founders of Investigative Reporters and Editors, an important professional organization. But The Guard, purchased a couple of years ago by one of those hedge-fund media companies, is down to a handful of local reporters. No long-form investigative reporting there. Urhammer’s legacy is long forgotten.

What happens when local news organizations lose reporters who were willing to risk all in pursuit of the truth? Stories go unreported, important stories of political and corporate corruption, of anti-democratic forces that use hate and misinformation to drive their agendas, of local governments that would rather operate in the dark away from the public’s uncomfortable gaze.

Most of us old timers long ago reconciled ourselves to the ever-quickening collapse of local newspapers.

But Morlin’s death is a stark and terrible reminder of what we have lost. And a warning of trouble to come.

He spoke truth to power. Who is left to carry on that mission? What terrible truths now will remain hidden? Who will pay the price?

On Being a Journalist - SpokaneFāVS

[…] late Bill Morlin saw journalism as a calling. We had that conversation several times. I am convinced that if someone […]