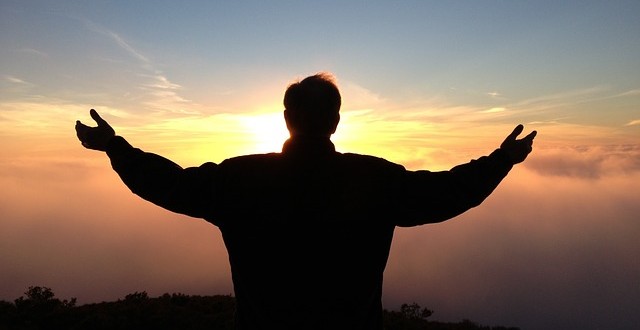 Several weeks ago I mentioned that Bryan Berghoef, in his book, “Pub Theology,” had briefly discussed levels of religious consciousness. I believe that is a very important topic. The several different levels of spiritual experience that were evident in the discussion suggested that one person might conceive his or her argument as very true, while another might see the same argument as completely devoid of any reference to spiritual reality at all. Too often we limit our creativity, our connection with each other, with God (if so we believe) or with any other entity of life by conceiving spiritual development as a holding onto doctrines and beliefs that are true. We seem to think that spiritual development is adherence to some set of truths that have usually been determined by some orthodoxy, and consisting of a set of ideas that could be pointed to as “the truth.” Under this assumption, spiritual development would consist of holding to a set of statements that we think truer than others, as if there were a set of “most true doctrines” for which we were reaching. But someone else, with a very different set of religious experiences, might not understand how the other set revealed any reality at all., as if each set involved a entirely different culture.

For instance, when thinking about the notion of basing my sense of spiritual reality on dogmatic authority, I must say that I completely disagree with it. In fact, and rather ironically, I must say that notion is, to me at this time, very spiritually undeveloped. An example of this is that when I hear of apocalypse being eminent, I agree, thinking of the devastation of nature, stable weather patterns, and specie diversification as being the means of the end of this time, the Sixth Extinction. When the other  person starts to describe the apocalypse in images from Revelation and the literary tradition of Daniel, I get confused, seeing a good story or movie, but little that displays any reality beyond metaphor that I know. When we think of “spiritual development,” what do we mean?

In order to begin a discussion of this concept I must at least broadly delineate what I mean by “spiritual.” I am using it to talk about one’s quality of relationship with other objects, as in my relationship with other people, with the land I live with, with the people who are my neighbors and fellow pilgrims, and with all the substances and entities which make these up. I am suggesting, along with Berghoef, that there are, in our mental biological development, levels of consciousness, or awareness, that we experience which can be referred to as denoting our stage of spiritual experience and growth. Obviously, I am suggesting that there is a similarity here with Piaget’s levels of consciousness that is the underpinning of much of educational psychology. He posited a continuum of ways that we perceive the world, each way involving seeing our environment in ways that facilitate our understanding of it, but which also involves certain limits, limits that could cause us to have limited conceptions of what is real or true.

For instance, I have seen a preverbal child define love with an act of hugging and kissing. As one becomes verbal, love acts can become stored better in memory and verbalized, as in “My mother shows love by getting my father his coffee every morning.” These are called concrete-operational definitions of a concept.  The first conception is very concrete, the latter involves a higher level of operation, but is still concrete.  If we did not achieve a facility with these levels of conception, we would have difficulty perceiving  a higher level that involves abstractions, and have problems with greater generalizations of love. It might become very hard to see very different looking acts as loving, and almost impossible seeing the common element that connects them. If we try to find meaning in something like the factual truth of a physical resurrection or immaculate conception we are likely to miss, not even being aware  or understanding, that there may be deeper meanings in the spirits behind these concepts, that fact is not as important as humanitarian meaning.

The levels have little to do with correctness or validity, but everything to do with understandability. A child, limited appropriately to concrete operational conceptions, would have a great difficulty understanding Jesus as described in the Christology of substitutionary atonement, and would have a better ability to understand Jesus casting out demons.  One could take various conceptions of resurrection and correlate them with different levels of consciousness, as in the difference between a bodily resurrection and a spiritual resurrection, the latter being much more abstract. And where is Heaven?