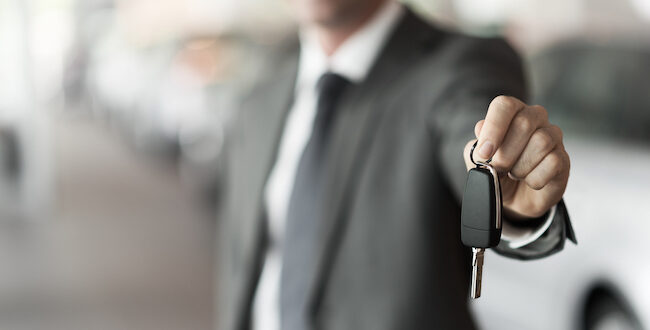 Would you buy a used car from Fred? He sold 9,862 vehicles, new and used, before retiring after nearly 39 years. And that doesn’t include his years in management, when he wasn’t credited for individual sales. When he retired, Fred’s colleagues gave him a tee shirt emblazoned with “Trust me, I’m a used car salesman!”

Fred’s secret was honesty and service. When it came time for a new vehicle, customers would return. Fred helped them decide, based on their interests, not his. He provided clear, truthful information, then let them digest it and reach a decision. That’s why they kept coming back.

There was no internet when Fred was selling. Accurate information on cars was hard to find. You asked neighbors, friends. You checked magazines for information that might already be out of date. The only up-to-date source was your salesman. You had to trust him.

This is how information drives – or should drive – society. Truth is essential. We need it for all decisions: what and how to buy, where and when to travel, whom to date, whom to elect. In short, whom to trust. We need truth to make informed decisions. Without facts, social dysfunction sets in, things fail. Society falls apart. George Orwell knew this.

In “The Ministry of Truth: A Biography of George Orwell’s 1984,” British author Dorian Lynskey commemorated the 70th anniversary of that classic’s 1949 publication. “Nineteen Eighty-Four,” Lynskey writes, “remains the book we turn to when truth is mutilated, when language is distorted, when power is abused, when we want to know how bad things can get.” An excerpt from that book draws chilling comparisons between the Orwellian dystopia and current events in our “age of fake news.”

Just how bad can things get? Last year State Department analyst Dr. Rod Schoonover quit after the White House blocked his scientific testimony before Congress. “Politics intruded on science and intelligence,” Schoonover wrote in an op-ed. “That’s why I quit my job. The White House blocked the submission of my bureau’s written testimony on the national security implications of climate change.”

More significantly, Schoonover’s stated reason was that “the scientific foundation of the analysis did not comport with the administration’s position on climate change.”  That’s a political position, not a scientific one. The scientific process for arriving at facts isn’t perfect, but it sure beats political reasoning.

Governmental dissimulation isn’t new. In 1985, Columbia Journalism Review published “When the government tells lies: Official deceptions, half-truths, and outright lies impose a heavy burden on the press.” The article documents how administrations from both political parties lied to the country. Three examples:

Thirty-five years and many administrations later, lying has become a spectator sport. A recent Washington Post article recalled ancient Athens, when philosopher Diogenes wandered the streets with a lantern “searching in vain for someone to speak the truth.”It laments our current “extraordinary need for trustworthy communication.”

Some people are aware. When I wear my tee shirt emblazoned with the Post’s motto, “Democracy dies in darkness,” smiling strangers offer virtual high-fives. Democracies run on information. If that information is faulty, democracies falter and possibly die. You can’t vote intelligently without access to facts about a candidate.  Facebook and tweets don’t cut it.

Whose “facts” can we believe? With election only days away, political spinmeisters blanket the media. Government spokespersons contradict each other with “alternate facts” as they lie to the public.

Vibrant democracies are run by vibrant people. As participants, we must inform ourselves and act accordingly. We must evaluate what we read, see, or hear, and determine whether it’s true. Individually and collectively, we can, we must stop the darkness of untruth from shrouding our democracy. Our lives are too important to be ruled by lies.

I’d buy a car from Fred. If he ran for office, I’d vote for him or others like him. Honesty matters.

Previous Growing during the pandemic has meant taking risks, including ‘public’ speaking
Next FāVS Seeking Volunteers to Help With Fall Clean-up Saturday