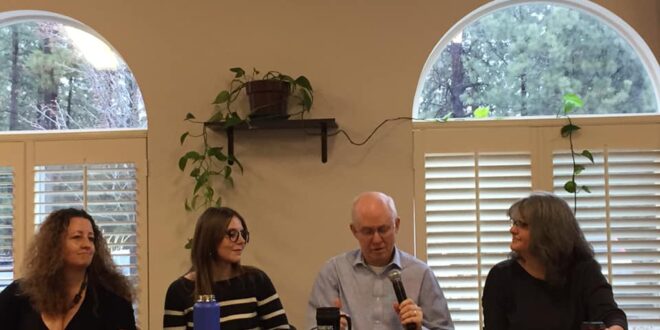 I found it interesting at a Coffee Talk on trust I was told because of my “privilege” I didn’t have a right to talk about walking in life without fear.

I am attempting to be as candid as possible without it sounding like I’m attacking anyone. I learned a long time ago to not judge a book by its cover. Yes, I’m a white male that had the “privilege” of being sexually assaulted as a child, the “privilege” of spending time in South East Asia in the early 70s, of starting a small race riot in Memphis, Tennessee in early 1970 to save a buddy from a beat down by the cops, shot in Houston Texas in the 80’s, living on the streets and finding myself in jail more than most people would ever think possible without going to prison. As a child I tried to burn a church down (house of God) because that was the only way I knew to strike back at a God that had forsaken me by the age of 10. I had been married three times by the time I married my current wife in 1995.

I know fear and I know trusting in a “God of my own understanding” that taught me to keep trying to love even after being destroyed a few times. When I say we need to move beyond fear and walk through this life without it I am speaking from the mouth of a person that has had a gifted life, in spite of tremendous challenges to overcome from the beginning.

The 23rd Psalm says “Yea, though I walk through the valley of shadow of death, I will fear no evil.”  In the new testament of Luke Jesus said to Simon, “Fear not; from henceforth shalt catch men.” The Bhagavad Gita is all about that internal battle we all have at overcoming our fears to walk in wisdom and with God at our side. Buddhism is about overcoming all fear, based on attachment, and living life on the middle road. I’m not well versed in the Islam faith but my understanding is that it is about serving Allah or God, without fear.

The point I’m trying to make is that all traditions lead us to a life of fearlessness based on our faith in God, whatever name we give that God. To be told in a public forum, by a person who has never met me that I’ve led a life of privilege, and therefore don’t understand fear is preposterous and in my mind defeats the purpose of public discourse.

When I speak of walking without fear I don’t mean one shouldn’t use discernment, being aware of our surroundings, and asking for help when it seems necessary. I don’t hang out in dangerous areas of any city in the middle of the night out of wisdom based on experience; believe me “privilege” does not save you from ignorance.

I’m well aware of what “white privilege” is, I also know that using it as a club to shut someone up is the lowest form of public attack.

Previous An Eastern Orthodox Christian Understanding of Christmas
Next Ask An Evangelical: Following the 10 Commandments

What i don’t understood is actually how you’re not really much more well-liked than you might be right now. You are very intelligent. You realize therefore considerably relating to this subject, produced me personally consider it from so many varied angles. Its like women and men aren’t fascinated unless it抯 one thing to do with Lady gaga! Your own stuffs excellent. Always maintain it up!

Another important aspect is that if you are a senior citizen, travel insurance regarding pensioners is something you should really think about. The elderly you are, the more at risk you will be for having something terrible happen to you while abroad. If you are not necessarily covered by some comprehensive insurance, you could have many serious complications. Thanks for expressing your hints on this weblog.

Thank you for sharing your thoughts. I really appreciate your
efforts and I am waiting for your next post thank you once
again.