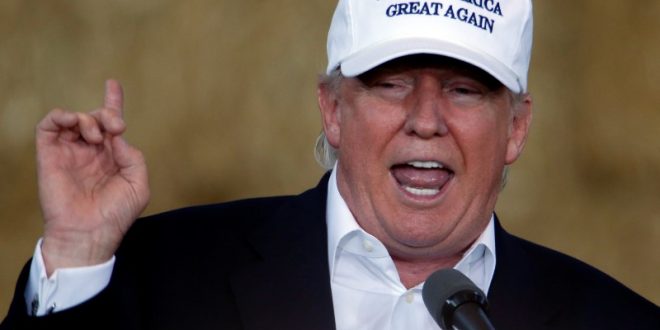 By Yeganeh Torbati and Doina Chiacu

WASHINGTON (Reuters) – President Donald Trump’s sweeping ban on people seeking refuge in the United States and visitors from seven Muslim-majority countries caused confusion and panic among travelers on Saturday, with some turned back from U.S.-bound flights.

The new Republican president on Friday put a four-month hold on allowing refugees into the United States and temporarily barred travelers from Syria and six other Muslim-majority countries. He said the moves would protect Americans from terrorism.

The executive order prompted fury from Arab travelers in the Middle East and North Africa who said it was humiliating and discriminatory. It drew widespread criticism from U.S. Western allies including France and Germany, Arab American groups, human rights organizations.

“This is a stupid, terrible decision which will hurt the American people more than us or anybody else, because it shows that this President can’t manage people, politics or global relationships,” said Najeed Haidari, a Yemeni-American security manager for an oil company in the Yemeni capital Sanaa.

The bans affect travelers with passports from Iran, Iraq, Libya, Somalia, Sudan, Syria and Yemen and even extends to green card holders who are granted authorization to live and work in the United States, according to a Department of Homeland Security spokeswoman.

In Cairo, five Iraqi passengers and one Yemeni were barred from boarding an EgyptAir flight to New York on Saturday, sources at Cairo airport said.

The passengers, arriving in transit to Cairo airport, were stopped and re-directed to flights headed for their home countries despite holding valid visas, the sources said.

Lawyers from numerous immigration organizations and the American Civil Liberties Union sued in federal court in Brooklyn on behalf of two Iraqi men, one a former U.S. government worker and the other the husband of a former U.S. security contractor.

The two men had visas to enter the United States but were detained on Friday night at New York’s John F. Kennedy International Airport, hours after Trump’s executive order, the lawsuit said.

Customs and border patrol agents at many airports were unaware of the executive order early on in the evening, said Mana Yegani, an immigration lawyer in Houston, who works with the American Immigration Lawyers Association.

Yegani and her fellow lawyers worked through the night fielding calls from travelers with student and worker visas who were being denied entry into the United States and ordered on flights back to Muslim-majority countries on the list.

Green card holders were also being stopped and questioned for several hours. Officials also denied travelers with dual Canadian and Iranian citizenship from boarding planes in Canada that were headed the United States, she said.

“These are people that are coming in legally. They have jobs here and they have vehicles here,” Yegani said.

Those with visas from Muslim-majority countries have gone through background checks with U.S. authorities, Yegani noted.

“Just because Trump signed something at 6 p.m. yesterday, things are coming to a crashing halt,” she said. “It’s scary.”

“@POTUS is a man of action and impact. Promises made, promises kept. Shock to the system. And he’s just getting started,” she tweeted.

Previous Historic: Mike Pence first vice president to address March for Life
Next George Michael’s Generosity: One Of the Highest Levels of Charity