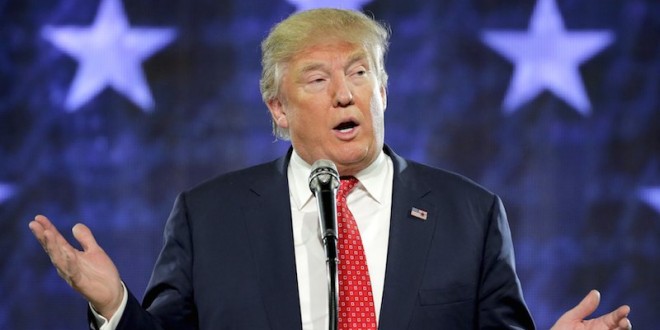 How to make sense out of the recent elections? To get answers, definitive answers. That seems to be the desire of most of the people I hear commenting about the unexpected results. But, is that really the point?
Look at it from a more mythological standpoint. What if, say, as a matter of fantasy, the outcome were actually something our (mythological) god were imposing on us? What if, heaven forbid, the results were due to God being put off by our shallow ability to consider our own unadmitted, invisible racism? For, hands down, the winner is a racist. I know some will object to calling him that. After all some of his best friends are black. He does not lynch blacks, he only pays others to do something like that. We saw his guards beating on blacks who committed the racial sin of getting beat on by whites.
Confusing? You bet. We can give up right here, turn off, and give up the ghost. But wait! Maybe the purpose was not to force us to seek rational explanations, but to seek deeper questions. What if instead of causal chains of explanations, social science’s quest, what if instead of straight line explanations, the election were approached by us as a parable. Now, I know that many of us, myself included, have often tried to understand parables using the form of explanation of “This a unit stands for this a’ unit.” The father in the prodigal son parable stands for God, the older brother for the pharisee, etc., etc. However, ever since Bob Funk started analyzing Jesus’ parables as a pre-literary form of rhetoric whose purposes were not to find some definitive doctrine or explanation, but as a challenging literary form designed to both entertain and challenge us to think more deeply than we had been used to doing.
What if Trump himself were the parable. After all, Jesus came not to make everything clear and easy for us, but to challenge our assumptions and our belief systems even to the point of considering “what if…” god were weak, a corruption hidden in the makings of our bread, someone who would sit down with criminals, prostitutes, and the poor, not someone who courted the wealthy and talented. What if Jesus actually told parables to get us thinking about abnormal explanations, considerations, and social forms which we might turn to in order to be available to seek out justice and the kingdom? To get us thinking more productively than the thoughts given out by us and our orthodoxy  that we use to justify our position of worth in our society, our position of white privilege. How could we, who do not see ourselves as racists, and who take offense when someone suggests that we are, how could we elect someone who uses racial slurs and misrepresentations as a matter of course? What if we let ourselves understand the election as God’s overturning the hierarchy? We, who are privileged as by nature and therefore better than the least of these, possibly deserved to get what we got. Maybe Trumps’ victory is a chance to get us to humbly reconsider the appropriateness of our white exceptionalism. Maybe we have been wrong to consider ourselves as superior. Maybe it is we who should do some bowing and scraping. Maybe, instead of feeling justified because I support actions calling for religious toleration I accept a lesser role in the power politics of our racial morality. We elected Trump because we settled for the invisibility  of our own racism.  It’s about time to face it, to give up our lack of humility, our partnership with legion. Maybe we need to admit that we are the pigs enjoying the swim.
Lets keep considering ourselves as frail, fearful racists. Maybe our victory will not be the result of power and might, but the result of justice and love. Maybe there is no explanation for Trump’s victory. Maybe there is a higher purpose here, one that shifts us from our fear of others to a more appropriate fear of ourselves .