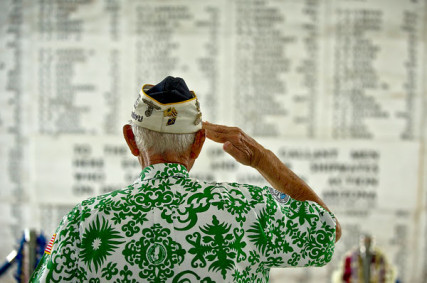 Being a true patriot means loving country through sorrow and sin

In Part 1 of this essay, I dared to make the statement, “until we redefine the word patriotism in this country to mean ‘A PURSUIT OF WORLDWIDE COMMON GOOD” instead of military superiority, we will continue down this low road to financial ruin and moral depravity.” To this idea, I expect a lot of “blowback” from those Americans who automatically think of patriotism as flags, guns, fighter jets in formation, rotting corpses, and cemeteries. This might be their definition of patriotism, but it’s not mine.

Unfortunately, most Americans confuse the terms patriotism and nationalism. This is often a deadly mistake as evidenced by history. Think Nazism. To this confusion, my good friend, the Rev. Neal Jones, makes this comment: “I like to make a distinction between a nationalist and a patriot. Both purport to love one’s country, but nationalism is an exclusive love. It’s a love of one’s own country at the expense of other countries. It’s a belief in the superiority of one’s country over others. In this sense, nationalism is as perverted as racism.”

Famed 19th century abolitionist and statesman, Frederick Douglass, spoke to this by saying, “A true patriot is a true lover of his country and does not rebuke or excuse its sins.”

Some people in our country have corrupted the term patriotism to mean exceptionalism, the belief that America can do no wrong, is morally superior, and has a God-given right to set world policy, and to use our military to do so. Even more sinister is their misguided claim that our country, among all others, was singled out to represent God’s will on Earth. Self-righteous arrogance. Religious intolerance. World bully. Like an overly strict parent who, after thrashing an innocent child, comments “I’m doing this for your own good and this hurts me more than it hurts you.”

Exceptionalism is something you earn and not a birthright you possess due to good luck and geography. To claim exceptionalism, a country must prove their leadership potential and their worthiness to lead. You earn it and you continue to earn it or you lose it.

Some, including me, are not sure our country still deserves this acclaim. Sure, our country has superior firepower, more drones, aircraft carriers, missiles, and other sophisticated weaponry. This has become our international trademark. It’s a sad day when world leadership is driven by unilateral economic, political, and military self-interest and not to furthering social progress and reducing human suffering. When poor men die to protect the rich men’s assets.

We need to trade in this trademark and get a national makeover. We need to begin leading by example instead of brute military force. We need to remind ourselves and our fellow countries why we can claim to be exceptional. We need to be willing to sacrifice to get our country back on track instead of simply looking for the closest scapegoat. We need to get our own house in order before pridefully attempting to straighten out everybody else’s house. We need to once again become a nation who people admire and not simply one they fear.

President John Kennedy once said bravely, “War will exist until that distant day when the conscientious objector enjoys the same reputation and prestige that the warrior does today.” That day will not come soon enough.

David Scott writes about the intersection of politics and religion between sailing trips on Lake Waccamaw.