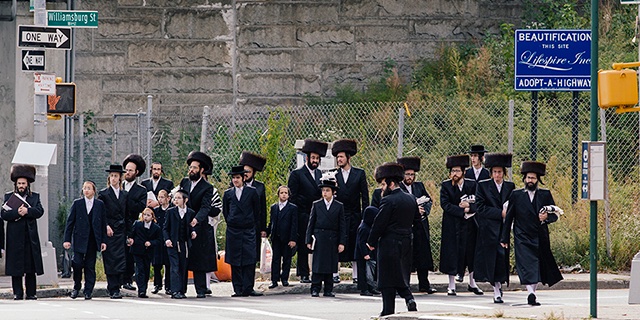 These are difficult times for American Jews.

But then what times have ever been easy?

The latest violent flare up in Israel, a short but intense fight between Israeli defense forces and Hamas terrorists that ended in a cease fire last week, has complicated life for American Jewry and has fed growing domestic anti-Semitism.

But it also has highlighted social, religious, and political divisions within American Jewry.

Backdrop to these developments was the release two weeks ago of a new Pew Research Center report on American Jewry.

Based on a survey of something more than 4,700 American Jews conducted in 2019 and 2020, the report can be read in any number of ways. As with any report based on survey data, the numbers can be crunched to affirm almost any observer’s preconceptions. Still, there are some significant findings.

As a percentage of the U.S. population Jewish adults account for only 2.4%. For neo-Nazis concerned that “Jews will replace us,” that number ought to be reassuring. There are not enough Jews in the U.S. to replace anyone.

Still, there are overlaps. Even agnostic or atheist Jews find no contradictions in observing some rituals, such as participating in a Seder or observing Hannukah. That would be me.

The survey’s gross numbers describe, in the most general terms, the diverse nature of American Jewry. There are, to be simplistic, three branches – Reform, Conservative and Orthodox. As with the multiplicity of Christian factions, there are considerable theological differences between the branches and relationships can be fractured.

The most committed Orthodox Jews, for example, do not see those who see themselves as Reform to be Jews at all. Still, in the U.S., the majority are either Reform or Conservative.

Interestingly, Reform and Conservative populations have remained stable if the latest Pew report is compared with a 2013 iteration. But the percentage who describe themselves as Orthodox is growing slightly, fueled primarily by interest from young people, similar in many ways to youthful interest in evangelical Christianity.

Distinctions between Reform and Conservative Jews and their Orthodox counterparts extend beyond theology. Reform and Conservative Jews are far more likely to see themselves as Democrats, Democrat leans or independents. Orthodox Jews are far more likely to be strong Republicans, in large part because they share some evangelical Christian views on Israel and see Republicans as more supportive and less critical of that country.

Nevertheless, the vast majority of U.S. Jews say that caring about Israel is either “essential or important to what being Jewish means to them.” That would be me.

Another view shared by the vast majority of American Jews: There is more anti-Semitism in the U.S. today than five years ago.

Reasons for the increase in anti-Semitic activity have been well documented, rising in large part from former President Trump’s dog-whistle support of white supremacy movements. But the biggest, most troubling shift for American Jews relates, again, to Israel.

The Pew survey shows that a majority of American Jews dislike Israeli Prime Minister Benjamin Netanyahu and his policies. It is possible to support Israel and disagree with its policies, especially as they relate to its Palestinian citizens. That would be me.

But in recent times, American progressives, in response to the most simplistic propaganda, have equated Israel with apartheid South Africa or even Nazi Germany. Those comparisons are both inaccurate and dangerous, threatening traditional alliances that have served the cause of civil and human rights. Many Jews find themselves in a difficult, nearly insoluble position as described in this recent New York Times report.

You will get no argument from me or most American Jews (per the Pew survey) that Netanyahu and his cronies have imposed increasingly harsh measures to tamp down Hamas and other such organizations at the cost of Palestinian rights and the Palestinian economy. His resettlement policies have made the situation worse. The Trump administration did not help matters it moved the U.S. embassy to Jerusalem in 2018.

But the ubiquitous, overly simplistic narrative that paints Jews as oppressors and Palestinians as victims has contributed to the rise in anti-Semitism in the U.S. and internationally.

Monday, in response to appeals from Jewish-American groups, President Biden condemned recent anti-Semitic attacks in the U.S., including several physical assaults that echo the violence advocated during a 2017 neo-Nazi rally in Charlottesville, Virginia.

Neo-Nazi hate is one thing. But in the last few weeks, my social media feeds have been full of memes from otherwise respectable people that aim to describe, in problematic ways, developments in the ongoing conflict. And this is where things get tricky.

Posting a meme that reads “Stop Israeli aggression” can be seen as contributing to a political and policy debate. But a post that reads “Stop Jewish murderers,” is anti-Semitic. Worse are posts, essays and other public statements that suggest the state of Israel has no right to exist at all, that Jews stole their country. History says otherwise.

Americans, Jewish or otherwise, do not contribute to meaningful debate and eventual resolution, by refusing to acknowledge political, social, religious, and military complexities at the heart of the Middle East conundrum.

Understanding that complexity is the challenge many American Jews face in these troubled times.

Traditionally liberal Democrats, Jews are seeing their political allies adopt an increasingly harsh anti-Israel stance that too often veers into overt anti-Semitism. And as is increasingly the case in this era of polarized politics, the middle ground seems to be evaporating.

Yes, these are troubled times for American Jews. But then, what times have ever been easy.

Your support helps FāVS continue is online reporting and commentary!

Previous The path to herd immunity runs through America’s faith communities
Next Is it safe to sing at church yet? Depends who you ask