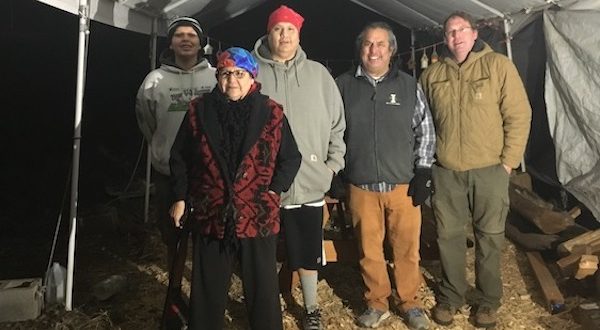 Tribal environmental summit to address loss of salmon and its impacts

Nimiipuu Protecting the Environment will be holding its 12th environmental summit at Clearwater River Casino on Saturday from 8:30 a.m. to 3:30 p.m., to discuss environmental issues involving the depletion of the salmon population and how it has impacted the orcas, ecosystem and environment.

Elliot Moffett, board president of Nimiipuu Protecting the Environment, said they started the environmental summits to spread the word of what was occurring regionally, nationally and internationally surrounding indigenous and environmental concerns.

Speakers will include Laura Ackerman, energy program director at The Lands Council; Dan Serres, conservation director at Columbia Riverkeeper; and Debra Ellers, co-founder of North Olympic Orca Pod.  There will be a Q&A period afterwards for people who have more questions about the issues covered by the presenters.

Julian Matthews, coordinator and board member of Nimiipuu Protecting the Environment, said they try to have a summit every other month to make sure people do not forget about current issues.

Topic covered throughout the summit will include the depletion of the salmon population by the four Snake River dams and how it has impacted the tribes, orcas and the environment itself.  Other topics discussed will include recycling, use of plastics and their disposal within the tribal structure.

“What we’re trying to do is keep people focused or aware of current environmental issues and one of the big issues we’ve been working on is the removal four lower Snake River dams that really impact the salmon runs,” Matthews said.

Moffett said that the dams are creating reservoirs that act as death traps to the salmon, especially with climate change warming the water in the reservoirs, causing water pollution as a result.  He added that salmon need clean, cold running water in order to survive.

On top of that, Moffett said that what is occurring because of the dams is also a violation of the tribes’ 1855 treaty rights, making the depletion of the salmon population not just an environmental issue but also one that directly impacts the tribes.

Matthews said that in order for the tribes to exercise their 1855 treaty rights, they have to have salmon in the river.

As for the orcas, Matthews said that they are being impacted because the Southern Resident orcas mostly eat chinook salmon, making it so that the depletion of the salmon also puts the lives of these whales in danger.

“Not only are we doing it for the salmons’ sake and the ecosystem, but also for the people, our treaty rights and those other populations like the orca population,” Moffett said.

Another objective of the summit, Matthews said, is to give a voice to the Native tribes and get them to mobilize to address environmental problems.

Moffett said people should attend the summit because it will provide them with a different cultural perspective on environmental management, where they have not only a scientific perspective but also a traditional one on resource management.

By the end of the summit, Matthews said that he wants attendees to have a better understanding about the issues affecting the orcas and the salmon depletion by the lower four Snake River dams.

Previous Ask A Jew: How come Jews pound their chest when they pray? Part 2
Next Because He Loves You: My Journey to the Holy Land Ends in Bethlehem