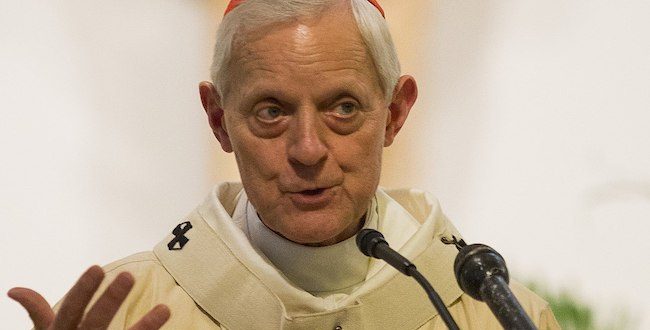 An explosive Pennsylvania grand jury report that accused 301 priests of sexually abusing at least 1,000 minors was named the No. 1 religion story of the year by members of the Religion News Association in its annual Top 10 Religion Stories and Newsmaker of the Year poll.

Another Pennsylvania headline grabbed the No. 2 spot — the tragic Tree of Life synagogue shooting in Pittsburgh this October that marked the deadliest anti-Semitic attack in U.S. history.

Religion Newsmaker of the Year honors went to Episcopal Church Presiding Bishop Michael Curry, whose sermon at this year’s royal wedding “stole the show,” according to the British press, and raised his profile as a progressive religious voice. Following Curry in a close race for second and third place were famed evangelist Billy Graham, who died this year at age 99, and Pittsburgh Rabbi Jeffrey Myers, who emerged as a voice of lament and peace after the Tree of Life shooting.

Complete rankings for religion headlines and religion newsmakers appear below.

TOP 10 RELIGION STORIES OF THE YEAR

2. In the deadliest anti-Semitic attack in U.S history, a gunman kills 11 worshipers at Tree of Life synagogue in Pittsburgh, home to three congregations. Attack comes amid surveys showing growing anti-Semitism in West and decreasing awareness of Holocaust.

3. The Rev. Billy Graham, the globe-trotting evangelist who preached to hundreds of millions, shaped modern evangelicalism and served as unofficial chaplain to presidents and the nation, dies at 99.

5. After years of legal battles, the Supreme Court rules in favor of Jack Phillips, a Colorado baker who refused—on religious grounds—to bake a cake for a same-sex wedding. A new legal case against Phillips is pending.

7. The Supreme Court upholds the so-called “Muslim ban,” the Trump administration’s restrictions on travel from several Muslim-majority and other countries.

8. Retired Washington Archbishop Theodore McCarrick is barred from ministry, resigns as cardinal over alleged sexual abuse of teen and harassment of seminarians. Criticisms fly over how he rose through hierarchy despite rumored misconduct.

Religion News Association members have voted in the annual poll for decades. RNA is an international journalism association for journalists who write about religion in the news media. It offers training and tools to help reporters cover religion with balance, accuracy and insight.

Previous Ask A Buddhist: Daily Practice
Next Who, or what, am I?