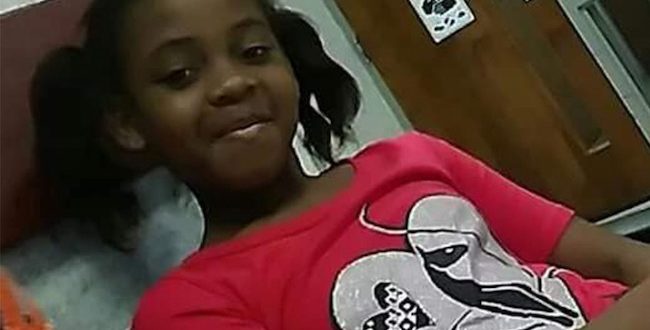 When I first read the story about McKenzie Adams my heart sunk. I have children around her age and for a moment I imagined myself in the shoes of her parents, dealing with the grief of losing a child in such tragic circumstances. Having never been there, I couldn’t quite grasp the depth oft heir pain and sorrow, but I know how much I love my children, and I know how I would feel if I lost one of them.

McKenzie’s story is one that I hope will not continue to be repeated. By all accounts, McKenzie was a normal 9-year-old girl who loved riding her bike, playing dolls, making goofy home videos, and wanting to be a scientist when she grew up.

However, like far too many kids, McKenzie was bullied. What was her crime? She was bullied for being friends with someone who looked different from her. Because McKenzie and her friend didn’t share the same skin tone, she was relentlessly mocked and ridiculed. The reports indicate that she was bullied all year, with multiple phrases like, “Kill yourself, You’re ugly. Just die You think you’re white because you ride with that white boy.”

And on the morning of Dec. 3 McKenzie ended her life.

It doesn’t matter how.

It just matters that it happened, and it shouldn’t have.

You see, hate doesn’t have bounds on color, ethnicity or creed.

Hate isn’t something confined to only one age group.

Hate exists and the only way to counter it is with love.

According to Stopbullying.gov, as many as 1 in 3 students say they have been bullied at school. I would guess, that is probably an underestimate, but I have no proof to back that up other than personal experience and things I have witnessed.

I think it’s important that everyone knows this story and remembers the name of McKenzie Adams. Personally I think McKenzie was brave. McKenzie showed what it means to love someone else regardless of their perceived differences to us, and in the face of what might have seemed like an insurmountable wall of hate and cruelty.

McKenzie’s example of love and friendship is one that can and should be emulated.

If you have children in your life, go to them today, don’t wait or procrastinate. Grab them in a tight embrace and tell them how much you love them and how much worth they have. Show them that you value them by your actions toward them. Talk with them. Ask them about their daily experiences. Actively listen.

You just don’t know what can happen in the future.