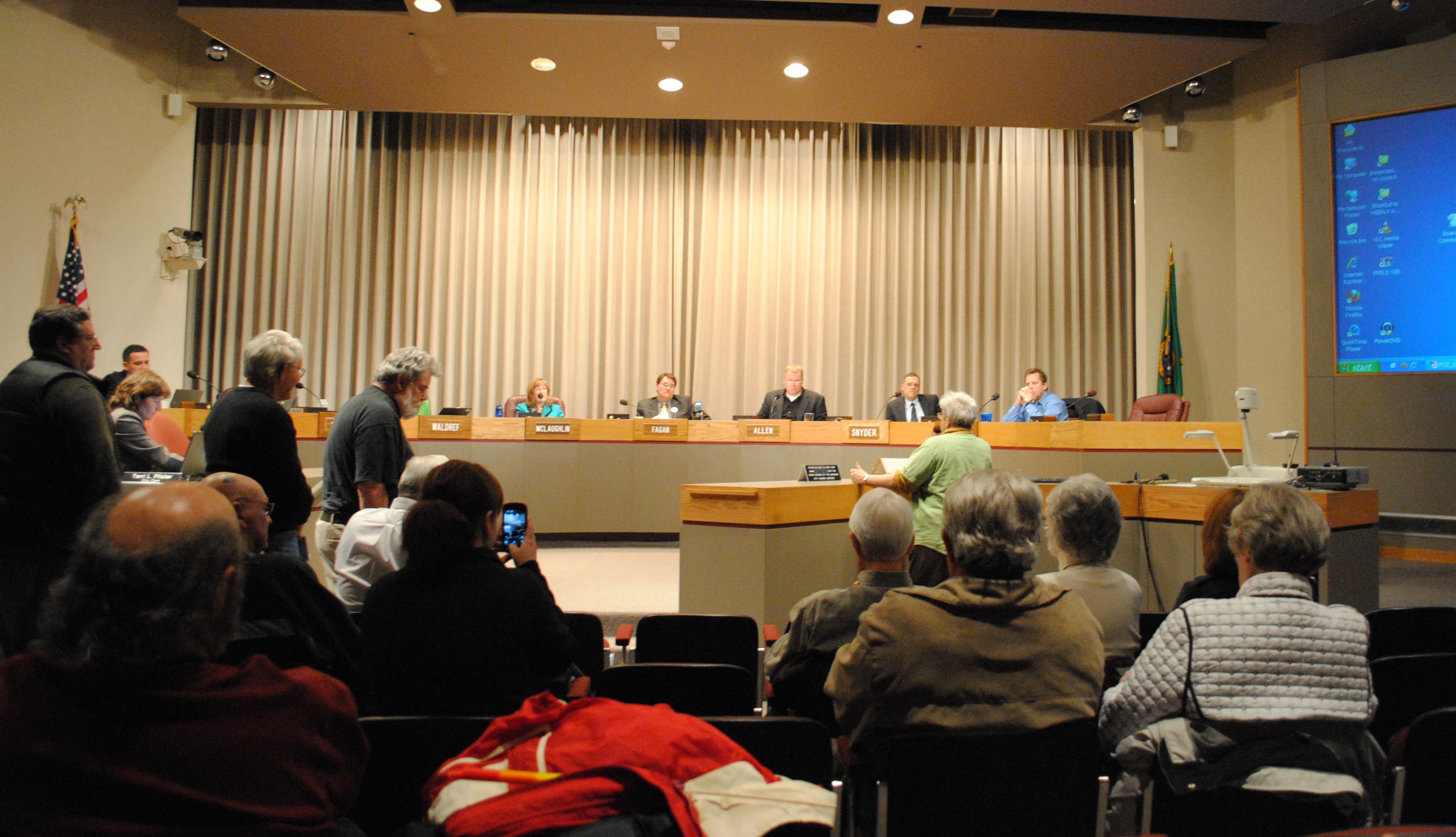 Tonight council will vote on “most disturbing budget proposal”

Tonight the city council will be voting on the most disturbing budget proposal that we've seen in some time. Mayor Condon is proposing $20,000 INCREASES for some of his staff while cutting police, fire fighters and even libraries. Below is my letter to Councilman Mike Allen. I hope you will write a letter of your own TODAY and let your council person know how disturbing this budget is.

It is absolutely unconscionable to give raises of $20,000 to two managers while cutting fire fighters, police officers, and public libraries. The mayor argues that those people are doing more work because of his restructuring. Spokane would be better off if the $52,000 being given in raises for just three managers was used to add one position and offer one more family a living wage. That way the money would be more likely to go back into our economy to create more jobs and help fuel the recovery. Lower income people buy groceries and clothes, not stocks and bonds.

I am also deeply concerned that the city does not seem to have learned its lesson from the national economic story of the last four years. We need to get Spokane out of its ongoing economic doldrums. And we know from two national experiments with ‘trickle-down’ economics that IT DOES NOT WORK.

Our national economy is finally starting a slow recovery because President Obama fought to invest in jobs and economic stimulus. Most competent economists point out that we’d be doing even better if we’d invested more in those areas. Does Spokane learn from this experience? No, instead our leaders chose sterile ideology rather than real recovery.

The mayor claims that he’s making a budget for “the long term”, but we are not in ‘long term’ times. We are in a stagnant recession. We have reserves, yet the Mayor brags about not using them. If the reserves are not there to help our local economy to recover from the worst recession since the 1920’s WHAT ARE THEY FOR? And to compound the error, the Mayor recommends (and the council follows) refusing to use the 1 percent property tax levy that is available.

People in Spokane are homeless and hungry. Whole families are shivering in the cold. This winter people will die because we, as a community, refuse to care for those who’ve been hardest hit by the recession.

In your first term on the council, I experienced you as a reasonable, moderate voice. We appreciated things that you were able to help accomplish for our district. When you were elected back onto the council, I had hoped that you would continue that tone.  Instead you’ve become one of the four ideologues on the council. I do not believe that this serves the city or your constituents. Please reconsider your support for this approach to the budget. Our people are hurting and they need a council that will make an economic recovery FOR ALL THE PEOPLE more important than raises for a few, or contracts with private contractors to improve the city’s communication. We don’t need more effective propaganda. We need more jobs for middle and lower income families. Your constituents hope that these values will be reflected in your votes on Monday night.

Previous The gift of Donorschoose
Next Advent wreath & Luke