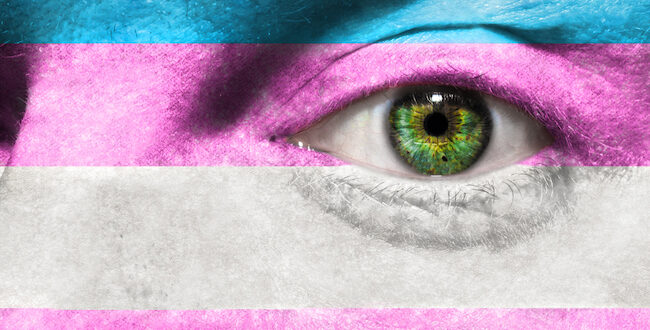 Tolerance for the Transgender Community in South Asia

In December 1999, I attended a wedding in New Delhi in which everyone was having a grand time. At the stroke of midnight, three hijras (transgender women) appeared and went directly to the two honored fathers. Shocking to me at least, they engaged in no dancing, singing, or blessing as per centuries of tradition, but only pure extortion.

The fathers proceeded to hand out 100-rupee notes (then worth $2.50) until they thought the amount was sufficient. The hijras were not pleased, and one of them started to undress. The fathers continued to empty their wallets until the uninvited guests finally left with a sizable booty.

After centuries of oppression, many hijras are lashing out, and South Asians are now showing a surprising amount of acceptance for them. Muslim Bangladesh saw its first transgender news anchor; a very successful Tamil TV show for youth is led by a hijra; conservative Muslim Pakistan opened its first school for them; and the Indian Parliament now has its first transgender member.

Living at the margins of society, especially after the coming of the British, hijras have played one significant role in Indian society. Giving birth to infants of indeterminate sex brings great shame to families, and, in many instances, they are left on the streets or in the fields. If Hijras find them or if others offer them, hijras adopt them as their own.

Colonial India included both Pakistan and Bangladesh, and it was the British who re-labelled hijras as “eunuchs,” condemned them as members of a “criminal tribe,” and unsuccessfully banned their public performances.

The British also criminalized non-heterosexual relations with the ugly word “sodomy.” It was only recently that these laws were abolished in India, and the hijras are now officially recognized as a third gender in all three countries.

Hijras are mentioned positively as the “third sex” in the 2,000-year-old Kama Sutra, and as professional dancers and singers, they have performed at births and weddings for centuries. They quote scripture where the Hindu god Rama gave his blessings for their chosen profession. Equally significant, Arjuna, the hero of the Bhagavad-gita, assumes the identity of a hijra while in exile. The god Krishna once took on the guise of a woman in order to marry a man.

It is especially surprising to see how the transgender community are so readily embraced by South Asian Muslims—598 million among 1.2 billion Hindus, Christians, and Sikhs. The Muslim rulers of the Mughal Empire in the 15th-19th centuries hired hijras to guard their harems, and they rewarded them with prominent positions in government.

In 2016, a small group of Pakistani Muslim clerics ruled that hijras could marry and could also be buried in their cemeteries. Muslim Bangladesh now gives tax breaks to firms who hire them. About 3 million Christians live in Pakistan and their hijras are allowed to have their own church.

While many non-binary South Asians have embraced the term “transgender” and some have undergone gender reassignment surgery, others, typically from the lower classes, reject the term as a foreign import. These hijras reject the idea of transitioning and also do not seek reassignment procedures.

One writer states: “Many South Asian Muslims believe that if God made the body a certain way, his followers must accept it. Being born intersex—unlike being gay—therefore breaks no religious codes.” Contrary to wide-spread misconception, we now know that being gay or lesbian is not a choice.

One of the most gratifying moments of my teaching career happened during a panel discussion on LBGQT rights on my campus. I read the passages in Genesis that declare that what God created was “good” or “very good” (1:9, 24, 31). I then assured any Jew or Christian in the audience that their scripture holds that no one is born irredeemable.

A young man came up to me afterwards and said the he was a gay Christian. He confessed that he had struggled with his identity for many years, and, that after my talk, he now felt reconciled to his faith and his sexual orientation. I’m now glad to learn that many South Asians embrace these good people for the very same biblical reason.

Previous Supporting Our Reporters: Meet Tara Roberts
Next Ask An Evangelical: The Book of Enoch