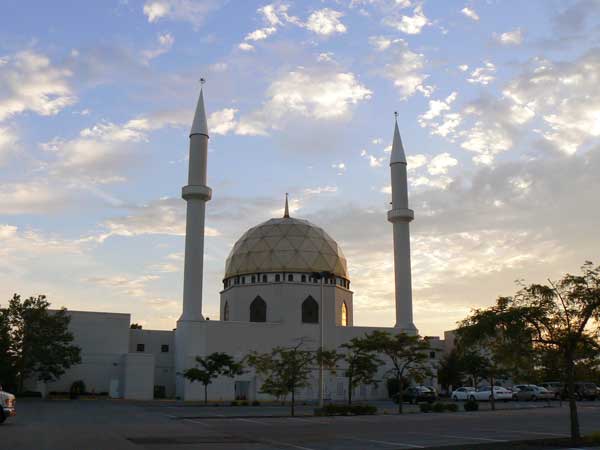 TOLEDO, Ohio — Muslim worshippers are reeling from an arson fire at the Islamic Center of Greater Toledo, but are grateful for an outpouring of support from the local interfaith community.

“All the support we get is very welcome because if you are going through a tragedy and you have a friend who is holding your hand it means a lot,” said S. Zaheer Hasan, a spokesman for the United Muslim Association of Toledo.

Perrysburg Township police ruled that the Sunday evening (Sept. 30) fire was arson. Surveillance footage from the mosque shows a “person of interest” — a white middle-aged male wearing a camouflage sweatshirt and hat — at the mosque’s entrance shortly before the fire, which was reported about 5 p.m.

Mahjabeen Islam, president of the Islamic Center, said the suspect poured gasoline in the center of the main floor where men worship at the mosque. Women pray on the same main floor, but in an area separated by a low divider.

“It was set in the men’s prayer area and the sprinklers turned out the fire. There is a lot of water damage from the sprinklers,” Islam said. “The Islamic Center is uninhabitable for easily three months.”

The Rev. Steve Anthony, executive director of Toledo Area Ministries, said he and his organization that represents 125 Christian churches and nonprofit agencies are outraged by the arson attack and will do what they can to help local Muslims.

“Any attack on a house of worship, no matter what faith, is deplorable and should be condemned,” Anthony said. “And there’s no room for that in a pluralistic society. We should respect each other’s houses of worship.”

Islam said there is no information yet on a possible motive for the blaze.

“It’s difficult to draw a conclusion as to whether it’s connected to world events, or a simple case of Islamophobia, or if this is someone who is a pyromaniac,” she said. “Unless we find him and talk to him we don’t know.”

The Washington-based Council on American-Islamic Relations, which released a report on Sept. 18 showing a spike in anti-mosque attacks, announced a $5,000 reward for information leading to the arrest and conviction of the perpetrator.

Previous Where We Worship: Home church offers alternative way to be Catholic
Next We recognize Halloween as a fun celebration