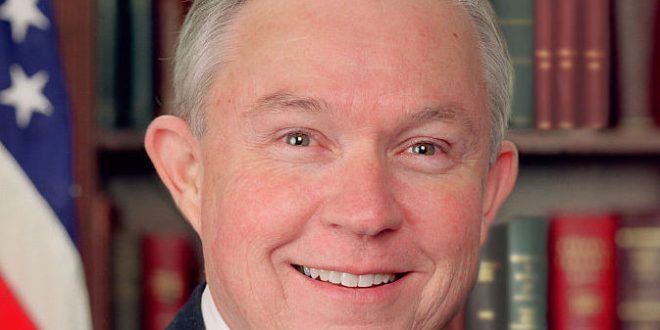 So says Senator Jeff Sessions of Alabama, selected recently as Attorney General in the upcoming Trump Cabinet.
This conflation of morality (his own yardstick for the behavior of others), science (the propaganda source of some of his information), and law (his profession, and now his pulpit) makes me crazy.
The cultural history book “Smoke Signals” by Martin Lee explains that the word “marijuana” appeared first in print to demonize Mexicans, who sometimes used the very same drug as the good white people who were using cannabis.
It was also recently reported that our state cannabis sales just surpassed those of hard liquor.  That’s a lot of commerce by bad people.  But maybe they’re just switching from vodka, which also may be used by bad people.  And don’t forget our badness opportunity was approved by us voters.
I don’t know the details of Sen. Sessions’ theory about what good people are like, and what they do and don’t do.  I hope he sticks to the law.  Most interesting to watch will be the dance between federal drug laws and his career insistence on states’ rights.