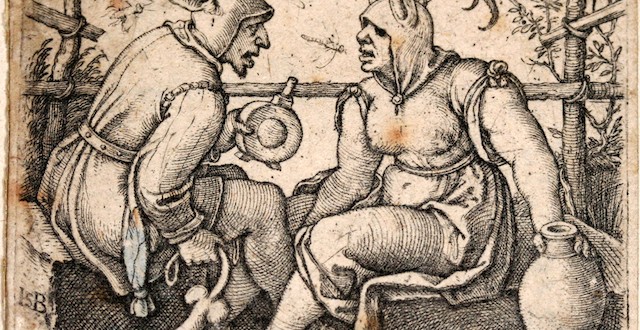 To be Evil is to be a Buffoon

The Banality of Evil – When Hannah Arendt made this phrase famous over 50 years ago in book “Eichmann in Jerusalem,” the controversy that followed that phrase was as intense as it misunderstood. Many took it as she was making the case or excuse that Adolf Eichman was only an ordinary man following orders. She meant something more sinister with the phrase than that. He was basically calling Eichmann a fool, a buffoon and an idiot. Her calling him banal was not to diminish his crimes, but I would argue, she was simply restating a biblical truth: wickedness is close to foolishness. Many have claimed that Arendt was actually fooled by his performance, and that he was not the buffoon she made him out to be.
Many of her critics now point to the new book “Eichmann before Jerusalem” by Bettina Stangneth to make the case that somehow Eichman was more than a buffoon. But reading the book, has convinced me of the biblical truth that evil is closer to buffoonery and foolishness than to intelligence. Arendt pointed to how Eichmann’s testimony proved that he would rather have died as a Nazi monster than live out his days as a nobody. His letter to the West German Chancellor in 1952 asking to come back to Germany bares the same tendencies to be a somebody even a monster as does his braggadocio with the Nazi Dutch collaborator. The same tendency to people please, his habit of parroting of slogans and a fundamental misunderstanding of what the words he spoke meant are present just as they were for Arendt. Eichmann comes across, if anything, more of a clown and fool in the new research. He brags that he wished that he killed 10 million Jews to the horror of his compatriots, then laughs it off as pub talk.  Eichmann was evil, but his evil made him into less of fictional Hannibal Lecter and more a clown.

This, of course, challenges our imagination about what an evil man is. We want to think them as calculating, cunning and genius, when the truth is they are stupid non-thinking actors played by slogans. Using the biblical understanding, they are fools. One thinks of ISIS and their thinking that horrific act of video taping a beheading of an American journalist would make the U.S. leave the region rather that what happened, which is an intensified attack on their position an arming of their enemies and many deaths of their fighters. It was a stupid act as all evil acts are ultimately, foolish. Any quick understanding into their situation would yielded anything but beheading in such a public way. They prove, once again Proverbs 10.23: A fool finds pleasure in wicked schemes, but a person of understanding delights in wisdom.

The second way Arendt’s truth challenges us is thinking fools are ineffective in causing horror. Like zombies, relentless in their mindlessness, fools do cause a lot of damage. Fools are those who have limited compassion capacity, and are people who lose contact with reality by way of slogans and non-thinking. Another Christian thinker, Simone Weil nailed this aspect of evil: Imagine good sounds boring, real good is endlessly interesting. Imagine evil is exciting, real evil is boring.

Previous Bookies put their odds on Pope Francis to win the Nobel Peace Prize
Next REVIEW: “Meet the Mormons” about how faith changes lives; opens today in Spokane