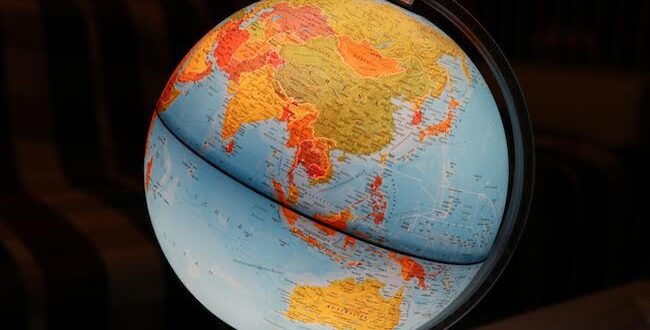 The recent FāVS Coffee, “Standing for Democracy, in Ukraine and at Home,” seemed to me mostly stoically speculative rather than hopeful. It appeared to lack perspective: A single day to a child can seem a lifetime; to an octogenarian, most days are fleeting. Permit me to share some perspectives of my own.

Personal perspectives tend to be generational, based on experience. For example, I’m in the so-called “Silent,” or “Forgotten,” generation, born 1928-1945 (though I’m neither forgotten nor silent).

World War II shaped my childhood in a German-American family. War dominated. Second grade classmates drew graphic illustrations of American planes bombing Japanese caricatures. I drilled with friends carrying wooden rifles, anxious to turn 17 so we could enlist and kill “the enemy.” Several older relatives did serve, including three cousins in the American military and two in the German Army.

At 18,  as the Korean War wound down, I was drafted. My infantry training taught me to attack with fixed bayonet, to repeatedly jab straw-filled mannequins while screaming “Kill! Kill! Kill!” I’ve never used that particular skill. Military training also taught me about the Geneva Conventions,  four treaties, and three additional protocols, “that establish international legal standards for humanitarian treatment in war,” the ultimate zero-sum game. What irony!

Today’s collective indecision of international agencies now allows the threat of such usage to hold hostage the entire world while one man invades a neighboring sovereign nation. During WWII we listened to radio, from war correspondents at the warfront. There was no television. Today social media convey conventional weapon atrocities in real time as Russian forces attack innocent victims.

Yet, the last hundred years have produced hopeful trends. In 1918 President Woodrow Wilson’s “14 Points” underpinned the League of Nations, created to maintain world political peace. This attempt at “the emergence of a world government” failed.

“The political leadership of the Western world had emasculated the one alternative system of international order to which experience of this catastrophe had given birth,” the Baha’i World Community has written, “and which alone could have alleviated the far greater suffering that lay ahead.”

After WWI, ‘Abdu’l‑Bahá predicted, “The fire of unquenched hatreds still smoulders in their hearts…The ills from which the world now suffers will multiply;” he added, “the gloom which envelops it will deepen.…The vanquished Powers will continue to agitate. They will resort to every measure that may rekindle the flame of war.” They did.

In 1941, even before Pearl Harbor, post-WWII planning began with the Atlantic Charter. It called for “self-determination of peoples, freedom of the seas, global economic cooperation, disarmament of aggressor nations, reduced trade barriers, and freedom from want and fear.” It was adopted by Allied nations and the Soviet Union. Before the war ended, representatives from fifty countries created the UN Charter to “prevent another world war like the one they had just lived through.”

Where do we go from here?

Since then, socioeconomic, political, communication, and transportation networks have shrunk the world. Nations and cultures rub elbows, encroach on each other’s territories, breathe and drink each other’s polluted air and water. Air and water know no boundaries. Boundaries, created artificially, can prevent international cooperation, but in general, society is evolving.

Much of humanity is realizing that we share not only the same planet, but also the same genome. Women, wherever they’re allowed, rise to their potential, sometimes eclipsing their male colleagues. Global health and education are better, thanks to UN intergovernmental agencies.

Global governance is the next step.  Many publications on global governance exist, some available for download. In the 19th century, Baha’u’llah raised the concept of a world civilization with enforceable collective security:

“Be united, O concourse of the sovereigns of the world, for thereby will the tempest of discord be stilled amongst you, and your peoples find rest. Should any one among you take up arms against another, rise ye all against him, for this is naught but manifest justice.” Later he reiterated: “Should one king rise up against another, all the other kings must arise to deter him.”

Elsewhere Baha’u’llah called for a “world federal system, ruling the whole earth and exercising unchallengeable authority over its unimaginably vast resources…a system in which Force is made the servant of Justice.”