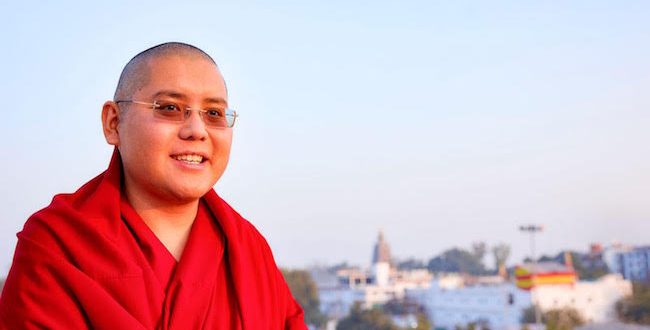 His Eminence the 7th Ling Rinpoche, recognized as the reincarnation of His Holiness the Dalai Lama’s Senior Tutor, will give a talk at North Idaho College on Thursday (Sept. 6).

He will speak in English on “Where Cultural Identity and Interdependence Connect: A Buddhist Perspective” at noon in the Lake Coeur d’Alene Room of the Edminster Student Union at North Idaho College,1000 W Garden Ave. in Coeur d’Alene. No registration or reservations are required and the event is free.

Born in 1983, the 7th Ling Rinpoche was recognized as the reincarnation of the Dalai Lama’s “root guru” in 1985. He has remained close with the Dalai Lama throughout his life, receiving the full monastic education and training of a recognized Tibetan master. A recently released documentary about the Dalai Lama shows that Tibet’s great leader expects the 7th Ling Rinpoche to help carry his vision for a compassionate world into the future, according to a press release.

Ling Rinpoche has been teaching in India, Asia, Europe, and North America since he was young, and he is a compelling teacher. He is interested in Western culture, and his first-time visit to the Inland Northwest offers a chance for him to learn more about American life.

While visiting the area, he also gave a talk at Sravasti Abbey and visited the Buddhist Institute of Universal Compassion.

Previous Ask A Jew: How has Judaism influenced your writing?
Next I met God at Costco