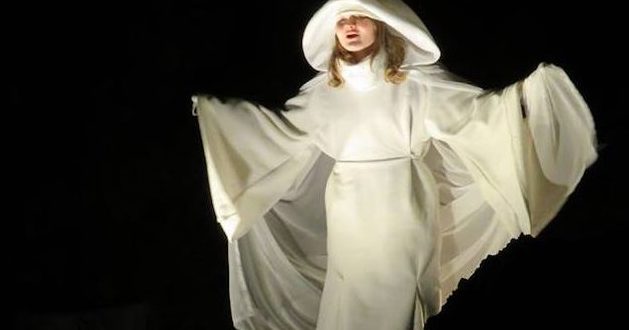 This weekend, South Hill Seventh-Day Adventist Church at 5607 S Freya St, will be hosting its 11th annual Journey to Bethlehem event giving attendees a tour of the birth of Jesus Christ.

Nancy Engle, director of the event, said that the event was inspired by the church wanting to do an outreach in the community and heard about people in Kelso and Longview doing the same event.

At the church’s property, the city of Bethlehem is reconstructed, where attendees are given live tours of the city and are shown a reenactment of the birth of Jesus.

Engle said that a guide takes attendees on the tour through the city, starting outside of it where they meet King Herod and proceed through the city gates.  From there, people pass by shops where actors playing as merchants try to sell them things.

They eventually stop at the inn and ask for a place to stay, but are turned away after being told there is no room available.  From there, they stop at a tent where the tax collector will collect money from the guide, go see the angel talking to the shepherds, follow the shepherds to the stable and see the baby Jesus with Mary and Joseph.

Once the tour has ended, Engle said hot drinks are provided to attendees to warm them up.

Engle said that tours take around an hour or longer, depending on the size of the lines.

“While people are waiting we provide music entertainment in the church,” Engle said.  “The guided tour through the city of Bethlehem is outside but there is entertainment provided in the church for people while they wait in-line.”

Besides the church’s band, visiting music groups will perform throughout the weekend.

On Friday, Upper Columbia Academy’s brass group and Northwest Christian Schools’ Pure Joy choir will perform.  On Saturday, an Assembly of God men’s quartet, the Crescendo Community choirs, Mormon church musicians, and a Slavic choir will perform.  Then on Sunday, guitarist Ron Livingston and other groups will perform.

Kristi Browning, drama and publicity director, said that she was drawn to the project 10 years ago because she has always loved theatrical productions, liked the community outreach aspect, and the story of Jesus.

She explained that around 75-100 actors are involved in each performance, mostly consisting of returning actors, with 15 portraying guides per night.

Besides Washington state, Browning said that actors come from the across the United States with some coming from Montana, Florida, Idaho and Alaska.

“I love the comradery and the sense of community,” Browning said.  “We have actors and volunteers from nine different denominations and lots of different churches. . .I just love that sense of community that we’re all coming together to celebrate and to tell this Christmas story.”

No tickets or reservations are required, and attendees are encouraged to dress warmly.

According to their website, parking is available at the South Hill Church on the corner of 57th and Freya Streets, with overflow parking being available across the street at Arise Church.

Donations made during the event are given to 2nd Harvest.  Engle said they usually raise around $1000 during the weekend.

According Browning over 5,000 people attend the event every year.

Previous Viewpoints: Thanksgiving Traditions
Next Today’s Coffee Talk to focus on “The Role of Prayer”