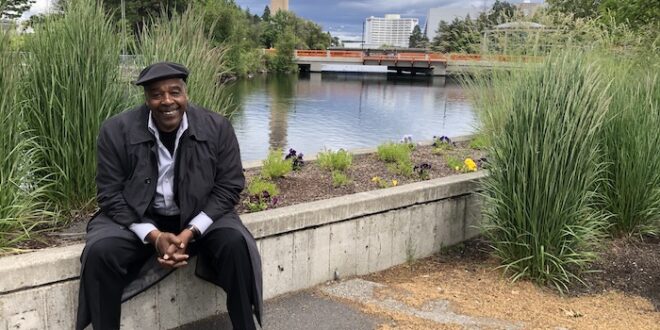 “This Time It’s Different” — Pastor Hopeful About Impact of Protests

Stepping into the pulpit the Sunday after George Floyd was killed wasn’t easy for the Rev. Walter Kendricks.

And this Sunday, June 7, was just as painful. But when worship leaders began singing — even though the choir couldn’t be there because of COVID-19 restrictions — he couldn’t help but smile, laugh and declare, “I love you no matter what I’m going through Lord. I love you, I trust you, I believe in you. Is it painful for me? Yeah, but I love you anyway.”

He looked to the camera, where Morning Star Baptist Church — a congregation that’s been targeted in the past by hate groups — was watching live, and said the heartache the nation is feeling is a good thing.

“God is speaking, trying to get your attention here,” he said in an interview. “Pain is not a bad thing, it’s a warning sign that something’s wrong.”

The Black Lives Matter movement started seven years ago after George Zimmerman was acquitted in the shooting death of Trayvon Martin, an unarmed 17-year-old black high schooler. Street demonstrations have erupted since then in response to inequality and police brutality against people of color.

Now, in the face of a pandemic, people across the globe are protesting after George Floyd was killed in Minneapolis when a police officer knelt on his neck for almost 9 minutes. Two months prior, Brionna Taylor an emergency medical technician, was shot  in her home eight times by Louisville police officers.

On Sunday thousands took to the streets of Spokane for the #BreonnaTaylor Peaceful Protest.

“For some reason this feels diff than 2019, 2018, 2017,” Kendricks said. “I think what we’re seeing right now is a culmination of years of pain and outrage and voices not being heard.”

Those voices, he said, aren’t just African American. He said the LGBT community and anyone else who doesn’t fit society’s mold, is crying out.

And this time, he said, he believes change will come.

“We’re at an inflection point now where people of all races, and all genders, and all ages, and all socio-economic backgrounds are coming together to say enough is enough,” Kendricks said. “If we seize this momentum we can get things accomplished. Everybody knows police brutality is wrong. I think this will be motivation to get things done legislatively.”

As Kendricks talked, just yards away from a growing protest at Riverfront Park, a passerby stopped to talk to the pastor.

This demonstration, the man said, won’t make a difference. A petition, maybe, would have a greater impact.

Gently, Kendricks responded, “Those in authority have to see people are absolutely tired of what’s going on. The time for talking is over. It’s been 400 years. Action now. Action.”

The man nodded and left.

Over at the protest Ava Sharifi, a local activist who gave a viral speech in 2016 to her graduating class at Lewis and Clark High School about race and acceptance, said she’s pleased by the arrest and second degree murder charge of former Police Officer Derek Chauvin, who killed George Floyd, but it’s not enough.

“We’ve got to get to the root of the problem,” she said.

She called for more training, fewer jails and prisons and defunding the police.

“We’ve tried small legal reform for decades. It’s not worked, so here we are again,” she said.

Here demonstrating, which Kendricks said has an impact.

“The Civil Rights Movement really got going when people marching down the street with Bibles and signs were set upon with water hoses and dogs and this thing called television captured it. The same thing is happening now,” he said.

The reason he said he feels like this is the moment that will have a lasting impact, is because it’s happening during the Coronavirus pandemic.

He said after losing jobs, and money, and being forced to stay home, America could no longer turn a blind eye to injustice. In response, he said, people are risking their lives to be heard.

“The police arrest us, but the judges sentence us. It’s a total system that has gone awry. It’s the prosecutors who ought to be ashamed, the judges down at superior court ought to be ashamed of themselves. It’s not just police, it’s that whole system. That’s what we mean by systematic racism,” he said. “And it’s not just law enforcement, it’s the financial system, the insurance system, the education system — that’s what we’re fighting against, don’t lose sight.”

And, he added, white Americans can help too, through basic humanity and kindness.

“God gave every human being the ability to know right from wrong, some call it the knowledge of good and evil. Speak out against wrong. Don’t limit your speaking out against right and wrong to just certain groups of people, certain situations, certain criteria. If it’s right, it’s right. If it’s wrong, it’s wrong.”

Listening to that, he said, is the spirit of God calling.