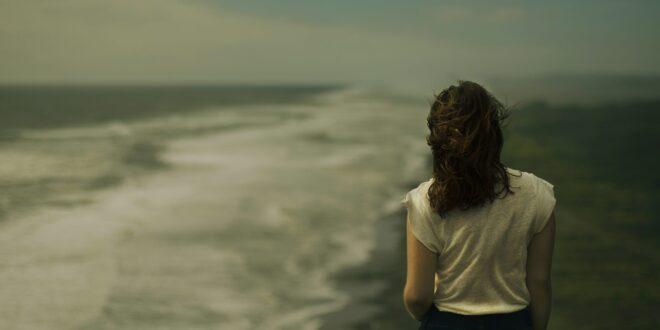 Photo by Jonatán Becerra on Unsplash

They Said I Was ‘Demon Possessed,’ But I Was a Victim of Spiritual Abuse

They Said I Was ‘Demon Possessed,’ But I Was a Victim of Spiritual Abuse

January Is Spiritual Abuse Awareness Month, and More Stories Need to be Told to Stop Abusers from Claiming They Are Doing God’s Work

I was gassed, but still remember some vague details.

My friend drove me home and helped me up the stairs to my room. I heard her fib to my mom and stepdad about why I wasn’t feeling well, then hurried out the door.

My parents knew, though, that I’d been drinking.

Like they usually did when they needed to talk about my behavior, they went into their bedroom and shut the door.

And like I usually did, I snuck down the hall to eavesdrop.

I couldn’t clearly hear their hushed voices, but did hear, “rebellious … demon … possessed.”

I had been to a party with some girls from our high school soccer team and, like everyone else there, tipped a few back.

According to the National Center on Addiction and Substance Abuse, almost 80% of high school students have tried alcohol, but to my parents this wasn’t just typical teenage misconduct. It was much worse. My disobedience was an indication that the devil was at work in me and our pastor needed to step in and likely cast a demon out.

It wasn’t the first time they had said so. Being angry or strong willed or having a snotty attitude also called for the laying on of hands or an intervention with our pastor.

The laying on of hands meant everyone in our group would circle around you and pray, or speak in tongues, until the demon was cast out — usually via vomiting. If you passed out, that also meant the demon left. I never vomited, though I came close to passing out a few times, because it was so incredibly hot with all those people touching and breathing on me.

Growing up I never cursed, or gossiped, or stayed out past curfew because I believed in Hell and the devil and feared being sent to his underworld. But it didn’t matter. I wasn’t perfect, even though I tried. And my parents and our faith community continually pinned my imperfections on being spiritually unfit.

My parents and our faith community were bullying me, just like they demoralized anyone else who didn’t meet their standards.

It was started more than a decade ago by a group of people who say, “We are down to earth children of God who have been hurt and wounded by Spiritual Abuse and who have escaped, healed, and want to reach out and help support others who are going through it as well.”

Spiritual abuse is far too common, but we don’t talk about it. In fact, I had a counselor here on the Palouse once tell me she didn’t have the training to work with a spiritually abused client, and couldn’t think of a single person in the area she could refer me to.

I get it. Things in the religious realm are unnerving. Some people won’t go near it. Others, though, will take advantage.

The Spiritual Research Network describes spiritual abuse that way, “Spiritual Abuse occurs when a leader, church or a belief system, whether well intentioned or not, dominates, manipulates or castigates individuals through fear tactics, mind control, or some other psychological or emotional abuse.”

Growing up I was in constant fear — of the devil, of hell, of my pastor, our apostle, my parents, even God. That dread was designed by our spiritual head, it was intentional, his way of keeping everyone in order.

As a society we’ve come a long way in talking about physical, emotional and sexual abuse. We need to find a way to talk about spiritual abuse too. Like other forms of abuse, people are hurt and are told they deserve that pain, but it goes a step further by teaching that God is on the side of the abuser. As a result, we have a silent society of spiritually devastated peoples.

If we start talking about our spiritual trauma now, perhaps we can break the chain and there will be one less teen in our community being told they’re wicked and unacceptable to God.

Recently, the Moscow-Pullman Daily News and the Lewiston Tribune announced there would be a sharing system in place for certain stories – especially from the Idaho Legislature – with the Idaho Press at Nampa to get information to many people in a rapid and cost-effective way. While this may be news to some subscribers, those of us who follow the industry know this is an emerging trend that has some positive benefits.

So brave of you and important for you to share. Thank you, Tracy.

PTSD is re-lived and relieved by our re-telling our story. With each time we tell it, it becomes easier, less painful and easier to heal ourselves and others.