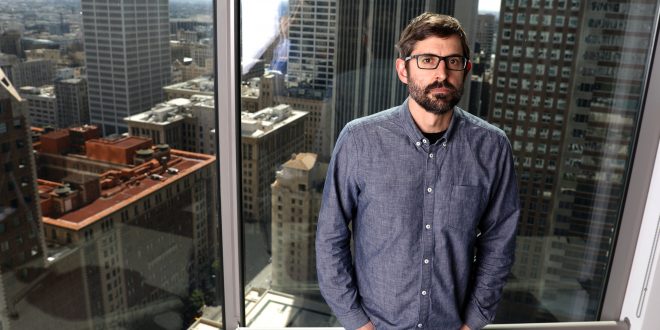 LOS ANGELES (Reuters) – When British documentary filmmaker Louis Theroux was unable to gain access to the Church of Scientology for a new film, he opted for what he thought would be the next best thing – to reenact scenes based on the memories of a former member.

“My Scientology Movie,” in U.S. theaters now, employs dramatizations and re-enactments of church practices in an attempt to give viewers an inside look at an organization that has so far kept filmmakers at arm’s length.

Theroux hired actors to stage scenes that he said were scripted by former senior Scientology member Marty Rathbun – who has written books and appeared in documentaries after leaving the religion – and his recollections of the church and its leader, David Miscavige.

But even before the film’s debut, the accuracy of those staged depictions of Miscavige losing his temper and hitting church members was called into question by Rathbun himself.

“The ‘re-creation’ was in fact a creation,” Rathbun wrote on his blog in September.

“Even though they worked with me for a year on that scene, I was not able to submit a script for an actual past occurrence to ‘re-create’ that could pass Theroux’s standards for lurid and shocking theater.”

Theroux told Reuters he was perplexed by Rathbun’s critique of the film, adding that the former Scientologist had “quite liked” the production when he first saw it.

“I don’t know for a fact, but it wouldn’t be a huge leap of imagination to feel that he’s just worn down by the years of, you know, being harassed by Scientologists,” he said.

Neither Scientology representatives nor Rathbun responded to requests for comment on the film.

Scientology, founded in 1954 by science-fiction writer L. Ron Hubbard, describes its practices as a religion based on the belief that humans are immortal beings whose experiences extend beyond one lifetime. Tom Cruise and John Travolta are among its cadre of celebrity followers.

Critics of the church regard Scientology as a cult that exploits its own followers and harasses those who seek to quit the faith. The church has previously denied such allegations.

Many aspects of the secretive religion have been brought to light in a number of other documentaries and books by ex-Scientologists, including Alex Gibney’s 2015 film “Going Clear,” adapted from a book of the same title.

Actress Leah Remini became the most high-profile celebrity to leave the church in 2013, documenting her experience in a television series.

Previous Most Powerful Women in Scripture: The daughters of Zelophehad
Next Middlebury College: Shouting, instead of listening, learning