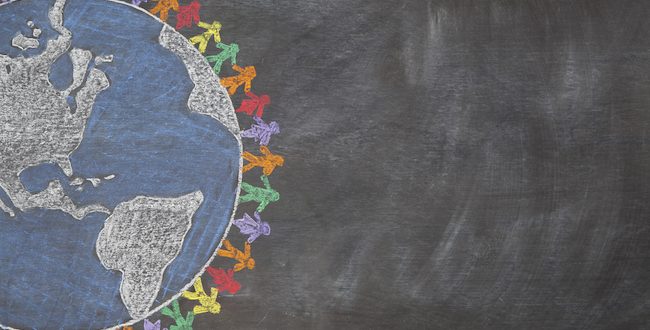 All The Children in the World graphic by Deposit Photo

There’s Room For Everyone

Every once in awhile I’m asked by a church to fill the pulpit. This month Origin Church, which is gifting its property to SpokaneFāVS, asked me to preach about religious diversity. It was a fitting topic, since we’ll be using their gift to open an interfaith community center for Spokane this summer.

The pastor asked me to speak about Acts 19: 35-41, which tells the story of the Apostle Paul coming to the city of Ephesus to preach about Jesus. Until then most of the city worshipped at the Temple of Artemis, who was a goddess of the hunt. Many were drawn to Paul’s message and turned from their traditional ways. This caused an uproar and a riot broke out since this new belief system was threatening. The town clerk was finally able to calm the crowds, reminding everyone there was room for more than one viewpoint.

To understand how this story connected to inter-religious dialogue, I had to think back to where I came from. By now, if you read this column, you know three things about me: I grew up with a single mom, I grew up in a cult and became a religion reporter.

My grandma (not in the cult) took the place of a second parent. She spent more time with me than any other adult and we developed a deep, unexplainable bond. She was Catholic and kept her opinions to herself when it came to my mom’s beliefs. That’s what kept her in our lives – she never argued, just listened and gently changed the subject.

I told the congregation at Origin how terrible I felt when one day I told my grandma she was going to hell for believing differently than us. That’s what I was taught in the cult, after all: All religions, even the Christian ones, were wrong.

Deep down I never believed the words I said to my grandma.

I think that feeling propelled me toward curiosity. Eventually I made my way to college where I explored other belief systems, and found freedom. I became a religion reporter and because of this career found my way out of the cult.

Also because of this career, in part, I lost my parents. I went up a road that led me to understanding and respecting people of other faiths, and they went down a road that led to seclusion.

My experience growing up in a cult that preached superiority, and later becoming a religion reporter aiming to educate people about other religions, has shaped my mission in life, I told the church.

It’s simply this: to help people understand that there’s room for everyone in this place. My hope is that instead of making assumptions about other religions, we can, through dialogue, find a way to appreciate one another and live in harmony. Maybe we can even work toward respecting and preserving one another’s traditions.

I couldn’t help it, to make my point I even quoted lyrics from Pete’s Dragon:

“There’s room for everyone in this world

If everyone makes some room

Everyone make some room …”

I concluded my sermon by reminding attendees that there’s a lot of fear and hate showing itself in today’s world. If more of us can find a way to scoot over a bit, and proudly stand next to one another – whether the person next to us is living Buddha, or Christ or Muhammad, or whoever, I said, then I believe we can move past consternation, past even tolerance to a place of endearment and peace.

You can help support the Interfaith Community Center by making a tax deductible donation below.

Previous Enter Holy Week with the quiet ministry of sending a card
Next Born Again: An Act of Grace