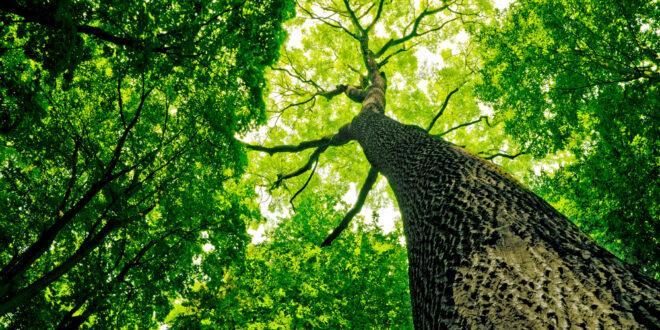 The World Federation of Trees

The World Federation of Trees

The Coast Salish and the Tlingit believed that trees have souls, and their shamans were assisted by the guardian spirits of cedar trees. The late Bruce “Subiyay” Miller of the Skokomish Nation told Canadian forestry professor Suzanne Simard that his people believed that trees were persons “with a sort of intelligence and spiritual quality perhaps not unlike our own.”

Inspired by native beliefs and her own intuitions, Simard’s book “Finding the Mother Tree: Discovering the Wisdom of the Forest” is the result of over 30 years of research and her conclusions are not only controversial but astounding: “Trees and plants have agency. They perceive, relate, and communicate. They cooperate, make decisions, learn, and remember.”

Simard was convinced that Canadian foresters were wrong to poison (with Roundup) all the shrubs and trash trees for the new plantings in clear cuts. She states: “The forest industry had declared war on parts of the ecosystem—the leafy plants and broadleaf trees—that were seen as competitors and parasites on cash crops.”

Through years of careful and controlled experiments, Simard proved that cooperation, not competition, was the key to forest health. One experiment involving paper birch and fir seedlings showed conclusive results. In one plot Simard shaded the seedlings completely; a second were partially shaded; and a third were in full sunlight.

Much to her delight, Simard found that the birch, through their roots and an intricate web of mycorrhizal fungi, “fed” the shaded seedlings such that they grew as robustly as the ones in full sunlight.

Somehow the birch “knew” how much nutrition each seedling needed. Simard discovered that fungal networks, much like our own neural systems, “wire the forest for wisdom, sentience, and healing.”

The Donar Oak, located in the region of Hessen, Germany, was a sacred site for the Chatti tribe. As part of the militant campaign to suppress pagan beliefs, Saint Boniface had the tree cut down early in the 8th Century AD. The Chattis converted to Christianity when their gods did not strike Boniface down.

Exactly a year after the felling of the sacred oak, a fir seedling was found sprouting near the tree. Christians took this as God’s blessing for the successful spread of their faith in this area.

An alternative explanation is more persuasive to me. The Donar Oak was a Mother Tree, still attached to the fungal web and still receiving nutrients from her neighbors. After centuries of myriad contributions, the Donar Oak was still an integral part of the superorganism that healthy forests are.

Some New Zealand scientists have discovered a symbiotic relation between kauri tree stumps and the surrounding trees. They suggested that the fact that the surviving trees continued to give nutrients to the stumps was a way of thanking the mother trees for their decades of contributions.

The Salish people viewed the forest as a federation of trees in which each tree is not only devoted to the welfare of its own, but also to all other species. Animals and plants also gain and give in this intricate web of life.

The Salish saw this as a model for world peace and ecological balance, if only humans would see the wisdom of this. It is sadly ironic that we humans, who have been warring for millennia with our neighbors, must learn this from trees.

The subtitle of Simard’s book is “Discovering the Wisdom of the Forest.” Wisdom is more than just factual or theoretical knowledge; rather, it is a form of practical knowledge that one learns from experience.

Simard is also suggesting that well-functioning natural systems, which are not explicitly conscious, can also be said to be wise. A wise person is not only one who knows how to live well among other humans, but also one who learns from nature how all life can thrive.

Gautama Buddha saw this clearly: “Those who know the interconnected web of existence know the dharma.” The word dharma means many things in Sanskrit, but in this context it means wisdom.