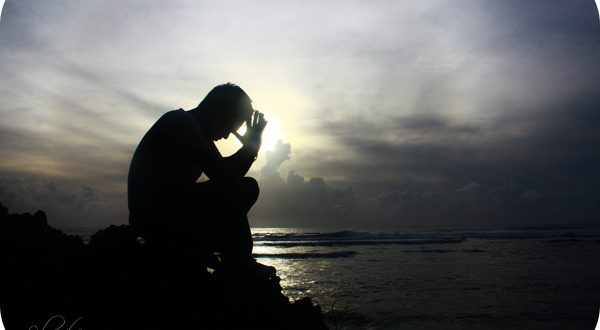 The weight and light of this life: A post-Easter reflection

Father Andrew Louth, a priest in the Russian Orthodox Church, speaks of a group of monks on Mount Athos in the 14th century who claimed “that through a deepening use of [the Jesus prayer], they could actually behold the uncreated light of theGodhead.”

Opponents accused the monks of hallucinating, and questioned the truth of their claims. An investigation into the controversy verified that the monks did indeed have a real experience, an experience “open to human beings.”

In the Orthodox world, God’s essence remains unknowable even while God’s activity reveals who God is as love.

If I say to you, behold the uncreated light of the Godhead, what comes to mind? An impenetrable darkness? An invasive light so bright it hurts the eyes? A weightiness too heavy to overcome? A lightness of being that creates a sensation of floating on an ocean?

I imagine the birth of a star in the depths of outer space where light and color burst forth where only dust and darkness existed before. A light that is ‘out there,’ unknowable. Or is it?

I imagine the heaviness of Jesus’ cross answered by the lightness of the empty tomb.

My guess is that your image and experience of beholding the uncreated light of the Godhead would differ from my own, because each one’s first-hand subjective experiences cannot be replicated outside of the self. Perhaps doubts arise as to whether there is such a thing as the uncreated light of the Godheadgiven the weight of this life bearing down—a position certainly easier to defend than letting the light in.

The weight of this life can become too much. As Michael McDonald sings, “The pain and ache, a heart can take, no one really knows.”

With Father Louth’s words still on my mind, I turned on the radio and heard a program on Radiolab called “Gray’s Donation.” It’s the story of a couple, Sarah and Ross Gray, expecting twin boys. They find out that one of the twins would not survive. Thomas Gray lived for six days after he was born. He died in his dad’s arms. Sarah and Ross donated Thomas’s body to science, a decision that would shake the way Sarah thinks of God and the universe.

Two years went by. Sarah began to contact and visit all the places where bits and pieces of Thomas ended up. His corneas here, his liver there. She experienced a powerful and fundamental shift in her being. She went from feeling like a boat on an ocean with rocky and choppy waves to realizing she is not the boat. She is the ocean. “The decisions that I make are changing other people, as opposed to just I’m a boat getting slapped with waves all the time. It has made me feel powerful.”

And I think, this is what it means to behold the uncreated light of the Godhead, the very force of love bearing down and lifting up in a solitary moment.

One place where Sarah visited catches my attention, because it is connected to the children’s hospital where my son had eye surgery almost two years ago. Sarah contacted the geneticist at the University of Pennsylvania who studies retinoblastoma. The researcher-professor met with Sarah and showed her the frozen samples of Thomas’s retinas. For research to make a difference, healthy retinas are needed just as much as cancerous retinas.

As I listen, I cannot help but wonder who has my son’s left eye. He gave up his eye to the world to make it better for others suffering from NF1, or so I hope. He underwent enucleation of his left socket. This means emptying the socket of all contents, what’s supposed to be there—eyeball, muscles, tissue—and what’s not supposed to be there, tumor.

Almost two years later, I have adjusted to the heaviness that floods me with a perpetual sensation of my body closing in on itself that comes from questioning whether I made the right choice on behalf of my son.

I’m glad to have recently come across Father Louth’s words on the uncreated light of the Godhead, for these words explain an inexplicable experience I had upon returning home from Philadelphia where my son had surgery. During worship on a Sunday morning in July 2015, it was time to stand up and sing the opening songs. I couldn’t stand up. My body was too weighed down.

Then suddenly, I felt my capacity for suffering in this life expanding as far out as the vast universe. My body uncurled at the thought that I can handle more than I think I can. The loss of my son’s eye was both an ending and a beginning. I was able to unfold my arms, lift my head, and stand.

In a solitary moment, the weight of darkness crashing in on me was answered by the unbearable lightness of God’s love. I beheld the uncreated light of the Godhead.