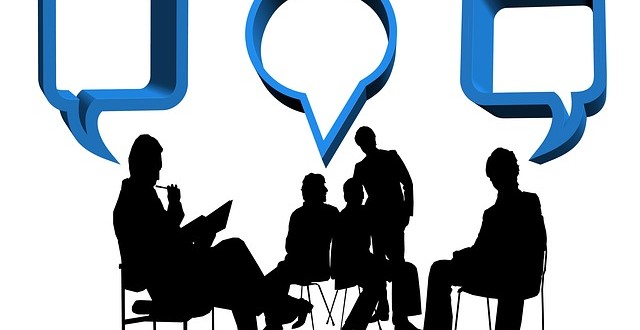 The Voice That Matters

My longtime friend Bill Dunn has a great gift for seeing below the surface and bringing what he sees to the surface. As an example, I offer you an article he wrote that recently appeared on the Web.

As I continue to rest in the wake of my recent illness I know I am being drawn closer to Jesus, as hokey as that may sound to you. I cannot tell you what this has meant to me, but after reading Bill’s article I hope you will more fully appreciate the enormity of God’s gift to me.

With much gratitude I can now say I am sick to death of them, because these debates within my faith have nothing to do with faith at all. I see what Paul meant when he wrote, “Avoid foolish and ignorant debates, for you know that they breed quarrels” (2 Tim 2:23, NAB).

I feel compelled to confess that I have erred by relying on magazines, Web sites, books and theological debates to “inform” me. The arguments that I once consumed weren’t written by those striving to understand faith, but rather to defend their own views and thus reject opposing viewpoints.

The gift of closeness to God is freeing me from these doctrinaire aspects of my faith. The more I ask God to show me where I’m wrong about what’s important and true (and I do that every day, without fail), the more freedom I give him to teach me. I can just “be” in God’s presence, hear his voice and respond.

And I think I’m in good company. If I understand the story correctly, St. Thomas Aquinas, one of the greatest thinkers in Christian history, had several ecstatic experiences of Jesus. After the last such vision he told his colleagues to burn all his writings because they were “mere straw” when compared to what God revealed about himself via those experiences.

No one took Aquinas seriously when he uttered his words but maybe they should have. Mired in their spiritual poverty they considered his writings priceless. Those writings include his masterwork “Summa Theologica.” I once heard a Catholic seminary rector say, “The ‘Summa’ is the Catholic Church.” Well, no, I’m afraid it isn’t.

I’m not saying theology isn’t important. It’s very important because it keeps us focused on truth as God already has revealed it. Without theology, listening to God as I have just suggested would lead us to do horrible things, like jumping off buildings or committing mass murder in his name.

Aquinas’ point was that apart from the experience of God theology becomes a false god by inspiring us to believe that we have faith merely because of what we believe rather than by knowing the one in whom we believe. When we do that we get sucked into the theological nitpicking that Bill felt compelled to address.

I hope that what I’ve written here will help you understand the statement I made last week about being unsure whether to continue writing these letters to you. If I suspect that I am merely adding to the cacophony of divisive voices that distract us from the one voice we must hear, then that will be the end of it. And, while I mean no offense to you, if I determine that writing to you will distract me from the essential task of being silent and hearing God speak to me, then I will also put an end to these letters.

But as I also suggested last week, these considerations aren’t just about me; they affect you, too. If you find yourself being sucked into debates about Christianity then I beg you to ignore those voices and start listening to the only one that matters.