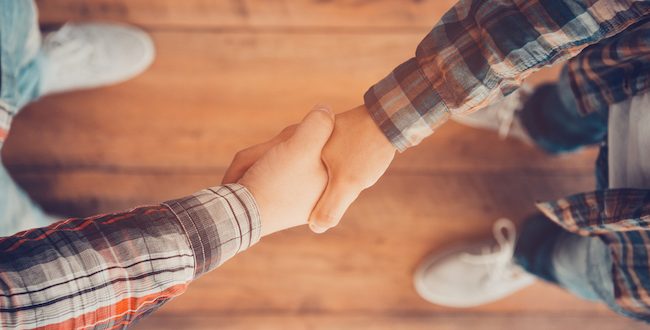 The Value of Human Connection

To understand “the value of the human connection” from the perspective of the Eastern Orthodox Christian faith, we will begin by briefly defining the human person. You may find that some of these premises, as defined by the Christian fathers, may be counter-cultural, however, that being said, let us begin.

The human person is created with two centers of consciousness.

The first level of consciousness is the cognitive, rational soul with the mind as its window, which connects us to the limited physical reality through our five senses.

The second higher level of consciousness is often referred to in Eastern Christianity as the nous, or more commonly in the west, as the heart/spirit region. It is there that we say is the center of consciousness, where we are mystically connected to one another and our creator, through the presence and activity of the Holy Spirit of God within us.

The human connection is simply defined as love, that exists and is expressed in each and every one of us, and its value is found in defining who we are as persons.

In the Scriptures, Saint Paul states, “… it is no longer I who live — but Christ lives in me” (Galatians 2:20). Christ is God — and the Holy Spirit brings Christ, who is love (1 John 4:8) to dwell in each and every one of us. It is when we express that love within us, in relationship to others, do we begin to define who we are as persons.

If we were isolated on an island — never having any human contact, we could not define ourselves as to who we are. However, we could characteristically describe the color of eyes, height, weight, etc. Only when we are in communion and fellowship with others could I tell you, who my mother is, who my friend is, or who my sister and brother are, by their interaction with others and observing their behavior.

As Eastern Orthodox Christians, we know that we are designed to be in communion, fashioned after God’s image, which is love, and called to grow into His likeness. In the Trinitarian Godhead — it is communion in love that makes God be. And since we are an iconic image of God, it is also communion in love that makes us be, as persons. We can not be fully human — unless we relate to others in love. One might simply define love, the human connection, as the giving of oneself to another. And for one to acquire that human connection of love, the paradox is that you must give it away.

An interesting observation I read the other day at Coffee Talk was, what happens when we hug instead of shaking hands? Are we all joined by our hearts or by our minds? When you hug someone, it appears to transfer a form of energy to give another an emotional lift. Scientists reveal that to hug someone is a form of nonverbal communication that our finite words are inadequate to express. You will find that the nicest thing about a hug is that you can’t give one without getting one.