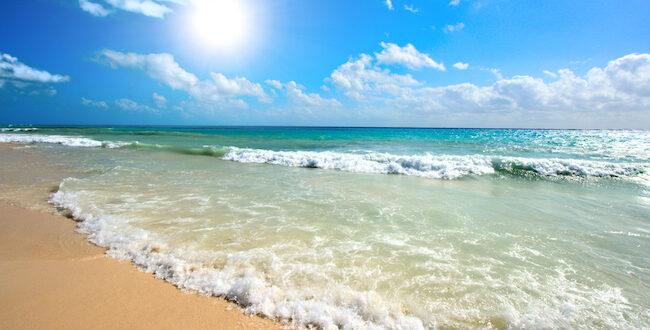 The Value of Edges in Nature, Cultures, and Faiths

The Value of Edges in Nature, Cultures, and Faiths

Probably like other retired teachers I have boxes of books in the garage, the closet, the basement. Recently I opened one and discovered Rachel Carson’s 1955 “Edge of the Sea,” a buried treasure indeed.

With infinite patience and amazing scientific skill, Carson unburies the astounding plentitude of life—and death— at the edge of land and sea. Watching for hours what happens in coves, tidal pools, on the sand, and beneath the sand as tides ebb and flow, she honors all phenomena:  sea weed, barnacles, mussels, anemone, urchins, snails, worms, crabs galore….

William Blake invited us to see “Infinity in a Grain of Sand.” Rachel Carson draws our attention to “the world of inconceivable minute beings which swim through the liquid film around a grain of sand as fish would swim through the ocean covering the sphere of the earth” (page 115).

Carson has great affection for creatures that make me squirm. She even helps a stranded Portuguese man-of-war (monster of my youth) return to open water.

In the life of a ghost crab Carson traces the evolution of all life. She reveals the mystery of bisexual sea hares and transgendering boat-shell snails. Gender is a fluid, creative edge.

Carson reminds us that our current knowledge of the edge of the sea is but a boundary, a window “for looking out upon the limitless spaces of the unknown” (page 154).

Nature offers many other valuable edges: births and deaths, dawns and twilights, spring and fall equinoxes, horizons. “It was her voice that made/ The sky acutest at its vanishing,” writes Wallace Stevens of a woman singing on the shore looking out toward the horizon in “The Idea of Order at Key West.” Maybe we make the poignant meaning of nature’s edges for ourselves, but nature provides the grounds and windows for our doing so.

Anthropologists have studied edges within cultures, calling them liminal (threshold) spaces. These are offered by rites of passages in traditional societies. Such spaces offer opportunities, sometimes frightening, for crossing-over from one condition to another. Some psychologist and conveyers of pop culture see edgy liminal spaces as uncanny. “Twilight Zone” or Creepypasta, anyone?

Edges between cultures are often marked by borders. Some want to put up border walls, shut doors and windows in order to preserve supposed cultural purity. But many of us relish cultural mixes, enjoying them as enriching.

Here in Moscow we don’t live on any cultural edge, but being a college town, we do have international students who open windows for us to other worlds, while we entertain them with the bizarre habits and cuisines of Americans.  Moscow also has a Sister City in Nicaragua which provides as with us cross-cultural opportunities

How fortunate for Spokane that it is a welcoming center for refugees. Right now in Spokane, World Relief is facilitating the resettling of Afghan refugees. Imagine how much we have to learn from them.  We should support the work of World Relief, and also urge our government to increase the number of refugees, asylum seekers, and immigrants in our midst.

We shouldn’t want for all of us to blend together into one bland soup. Similarly, I think, we should not want faiths to lose their edges even as we encourage interfaith fluidity. Some religious leaders are afraid of interfaith dialogue, but in my experience dialogue leads to an expanding of one’s faith and of course a respect for the faith of others.

Faith is also edged by science. In the middle of the 19th century Matthew Arnold feared that with the rise of Darwinian evolution, the “Sea of Faith” that used to surround us was suffering an ebb tide, leaving behind “vast edges drear” (“Dover Beach”). But now these edges seem enticing tide pools in which to wade, deserving of our attention.

Secularism, not science, is the biggest threat to the shores of faith. Not secular humanism, which is a vital faith, but sheer secular consumerism, which drain culture of meaning and erodes all values. Faith must maintain its caring edge.

Edges need our protection. In 1955 Rachel Carson was already beginning to see the effects of global warming on the edge of the sea. I’m sure today she would lament the destruction of habitats, the endangering of whole species, the increased pollution. Being the activist scientist who in 1962 wrote “Silent Spring” which sparked the campaign against pesticides, Carson would want us to commit ourselves to the present healing and future well-being of our world on the edge.