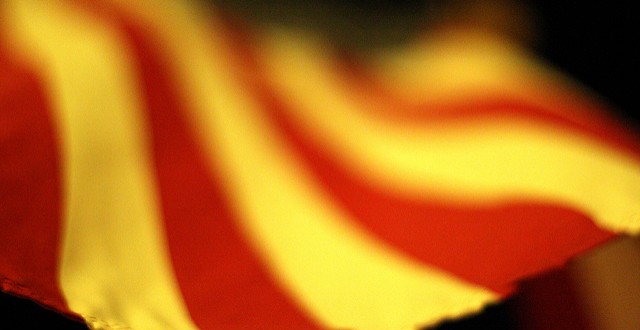 The United States of America: One nation not quite under God

(RNS) Politicians often cite American “exceptionalism” and the country’s high level of religiosity when boasting about one nation under God.

But the Almighty is an afterthought to a growing number of people, say two sociology professors.

These changes are generational, long term and unlikely to reverse course, say Mark Chaves of Duke University and David Voas of University College London, in the latest American Journal of Sociology.

You don’t have to be an academic to notice.

“You see it everywhere, even in the electoral politics where it is no longer essential for a presidential candidate to be religious,” said Voas, pointing to Donald Trump, who strikes many as what might be called a nominal Christian, and Bernie Sanders, a secular Jew.

Or you can look around at your friends and family. Everyone knows someone who is not religious and not shy any more about saying so, observed Chaves.

Their study addressed the debate among social scientists on the relationship between modernization and secularization.

Some argue, pointing to Europe, that the more developed a nation, the less religious its people. Other experts cite America as the exception because of its high rates of belief in God, church attendance and religious identification.

That’s no longer so, Chaves and Voas claim.

In discussing their findings, Chaves pointed to the rise of the “nones” – people who say they have no religious identity – from a barely noticed fraction in the 1950s to 21 percent of Americans in the 2014 General Social Survey conducted by the National Opinion Research Center at the University of Chicago.

“A society in which the least religious people still claim a religious identity is importantly different from a society in which such people admit to themselves, and even tell others, that they in fact have no religion,” Chaves and Voas write.

And the study reports the number of people who never attend religious services has doubled in two and a half decades: It was 26 percent in 2014, up from 13 percent in 1990.

While other Western nations are even less religious than the U.S., the patterns are very much alike. Chaves and Voas did 10 charts detailing shifts in belief in God, worship attendance and religious identification for the U.S., England, Australia, New Zealand and Europe as a whole.

“No matter which one you look at, they all look the same — the trends are heading the same direction” toward secularization,” said Chaves.

“The evidence for a decades-long decline in American religiosity is now incontrovertible. Like the evidence for global warming, it comes from multiple sources, shows up in several dimensions, and paints a consistent factual picture,” the study says.

The authors do not speculate as to whether there’s a cause-and-effect relationship between modernization and declining religious attachment. But, said Chaves,  “We are not as exceptional as we once thought.”

Previous Standing with Muslims, faith groups buy banners
Next 5 Easy Steps on How to Hijack the Republican Party: A Case Study on Trump