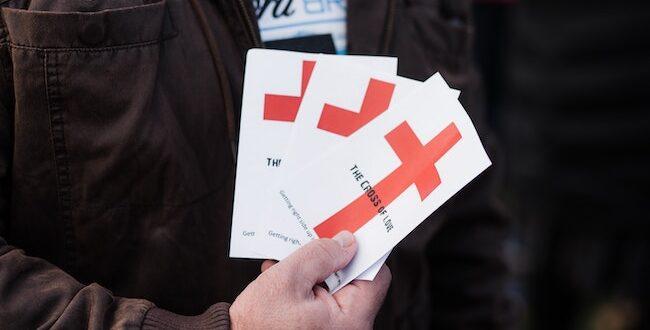 Photo by Nico Smit on Unsplash

Recently a friend of mine who has been struggling with alcoholism lost his job, lost his car, and was forced to sleep outdoors. Logically, he figured this might be a good time to check into a rehab.

Finding an affordable Christian rehab, he did so.

When queried at the intake as to his religious beliefs, he specified a Native American religion that had been handed down through his ancestry.

“Well you can forget about all that stuff right now!” they replied.

This naturally struck him as a bit disrespectful, as well as unrealistic.

“The only way you’re going to get into heaven is by accepting Jesus Christ as Lord and Savior, and all that other junk is of the devil.”

Again, my friend found this quite off-putting. But he followed through.

He further reported that in the next two days, he was told that Covid-19 is a hoax, that the vaccines are deadly, and that all gay and trans people are going to hell. On the third day, after enduring a four-hour sermon, he walked out.

And I can’t say that I blame him! I’m a person who considers the Bible to be my primary source of moral authority and practice. And yet, I would have gladly taken my sleeping bag out into a field somewhere, rather than to tolerate such a barrage of brimstone.

People often perceive decisions such as my friend and I would make as “impatient.” But consider the kinds of things with which one has to be patient in such a scenario:

Steady indoctrination against one’s lifelong values that has nothing to do with the reason why one is in rehab.

According to the basic text of Alcoholics Anonymous — otherwise known as the “Big Book” — an alcoholic is “a person who has lost the ability to control [their] drinking.” This loss of agency with respect to alcohol implies that alcoholism is a condition — not a choice. This is why it is often referred to as “the disease of alcoholism.”

A sense of being forced to make a decision by people who cannot possibly make that decision on one’s behalf.

You can’t force somebody to accept Christ. Jesus comes into people’s lives when He chooses to.

When I came to Christ in the Spring of 1983, I was completely alone inside my rented cottage. Sure, Christians had witnessed to me. Sure, I had been drawn to a Bible verse, here and there. But at about one in the morning on a certain unknown date, I read a passage that so eerily applied to my exact situation at the moment, that I was moved to take that Bible down to an all-night restaurant, where I opened it to the Book of Isaiah. Convinced of its power and beauty, convinced that it represented the power and beauty of Jesus Christ, I accepted Christ the following morning.

To my view, God chose that moment to convince me. From there, I did the rest.

Many of the tenets espoused have nothing to do with the Bible or with Christ.  This is dangerous.

We see this happening all over Christendom in contemporary American culture. Preachers from certain pulpits preach just enough “love God, love your neighbor as yourself” to appeal to parishioners who truly seek to do good things — and throw in a little hate against gays and hate against women while they’re at it. Those in the pews are often susceptible to both. They frequently fail to “swallow the meat and spit out the bones.”

Someone in a very vulnerable position, such as a homeless alcoholic seeking recovery, might be particularly susceptible to false teaching. They might soak in the truth of the Gospel along with the balderdash, and be challenged to discern between the two.

A sense that one has willfully entered a program in need of true help, and instead is being hurt more than one is helped.

I have seen this happen far too often.

I find this occurring less often than some decades ago.  Less and less in our culture is the word “Christian” associated with someone who seeks to love God and love one’s neighbor as oneself.  In the 50’s, when I was growing up, people used to say things like: “Hey thanks!  That was really Christian of you!”  Meaning, a good deed had been done.

Nowadays, I meet lots of people who, when they hear the word “Christian,”are much more apt to think of someone who imposes their values upon others, rather than lives those values themselves.

We who believe in Jesus need to take a hard look at where our churches may be headed. Even in the 80’s, when televangelists were first on the rise, and a gigantic sweep of conservative “born-again Christianity” seemed to consume the nation, I felt there was something wrong in the emphasis.

Specifically, it was not enough for me to have “accepted Christ.” I was also strongly influenced to accept every tenet of the Republican Party — even those with which I disagreed.

And where has the Republican Party been since then? Gradually, subtly, year after year, day after day, consumed in the love of money, rather than the love of God.  And from the sounds of that Christian rehab — and the similar sounds that came at me recently — the Christian Right has been overcome with conspiracy theories, obvious falsehoods, and derisive arguments against the truth.

I consider myself to be a believer who has accepted Christ – who changed his worldview one morning, and never changed it back.  But this particular believer cannot believe what has happened to Christendom in contemporary American culture.

Previous Study: Attendance hemorrhaging at small and midsize US congregations
Next The Underrepresented Transition to Gonzaga