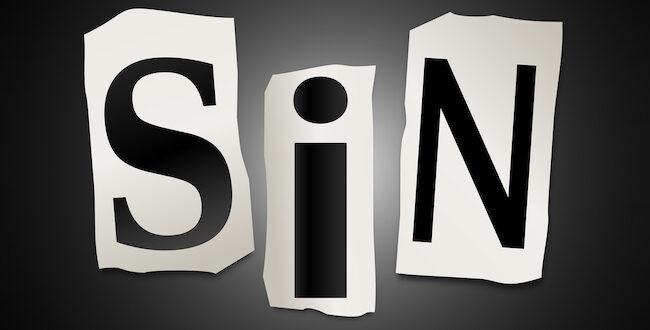 The State of Christendom in Contemporary American Culture, Part 2

The State of Christendom in Contemporary American Culture, Part 2

Read part 1 of this series

Something is very different about modern-day Christianity than the Christianity I observed in my youth. We seem to be very confused as to what is sinful and what is not.

Long before the age of 30, when I made a conscious choice to follow Christ, I was exposed to the Gospel through the Catholic church my mother insisted I attend. As a young boy attending catechism, it was drilled into my head that I should not steal, kill, or lie. It was not drilled into my head that, for example, gay people were “headed for hell.”

Now this was back in the 50’s. In general, gays remained “in the closet.” Like many other taboo topics, the subject was rarely discussed. But then, in the early 70’s, I saw a massive increase in the number of people who felt free to “come out” and proclaim their identity. The city of San Francisco in 1974 was an amazing phenomenon. People openly admitted they were gay — and were happy and proud to have done so.

In fact, it was practically all I heard at the first church I attended. (That, and the issue of abortion.) This leads to my first observation:

In Christianity in modern-day America, an undue emphasis is placed on certain sins (and so-called sins) to the exclusion of other, far more important sins.

If we put as much energy into teaching people not to steal as we did in trying to solve the “gay problem,” we would have a much safer, saner society.

If we put as much energy into anger management as we did into protesting outside of abortion clinics, we would have a less murderous culture.

And if we really wanted to, we could examine all the lies we exchange back and forth in our narratives.  Such a search for truth could not help but result in a more honorable nation.

One of the reasons why we don’t do these things is because our minds are focused on warring against those with whom we disagree.  How much better would it be if we worked together to solve the problems about which we do agree?

This leads to my second point:

Consider the example of alcoholism or addiction. The words “alcoholism” or “addiction” are not words that reference choices. They are abstract nouns that refer to conditions. No condition is a sin. In order to sin, one must make a choice.

We all have a condition on this planet that Christians sometimes call the “sin nature.” That is, we all have a tendency to sin.  But even the sin nature is not a sin. This is because it is a condition, not a choice. I did not choose to be born with the sin nature. What I can do, in particular instances, is to choose not to sin.

This is why Paul writes:

Like anyone else, I have my own ideas on this. As with any debate, many people on all sides would disagree with me, and often with each other as well. Why not join together on the things we do agree upon, and leave pointless debates behind?

Some choices that are often considered sinful these days are not technically sinful, according to what the Bible says.

It is not a crime to smoke marijuana in the State of Washington. Nor is the act of smoking it a sin in and of itself.  This is the case with any legal drug. It is what one does after putting the drug into one’s system that might be sinful.

Jesus states explicitly in Mark 7:14-23 that it is not what goes into our mouths that “defiles” us. We are defiled by what comes out of our mouths. The lies that emerge from our mouths are sinful. The outbursts of anger toward others are sinful. The hateful comments and name-calling are sinful. But what you put into your body is not in itself a sin.

Some things some Christians do nowadays are completely sinful — yet they do not consider them to be sins.

Many Christians today have this idea that if none of the Ten Commandments are broken, then it’s all right to go ahead and do it. Maybe this is what was on the minds of the people who stormed the Tri-State sporting goods store last December. There may not be a specific Commandment prohibiting it – at least not among the Ten —  but it certainly violates the Golden Rule.

“In everything, then, do to others as you would have them do to you” (Matthew 7:12a)

Would people worshiping at that particular megachurch appreciate it if we all stormed one of their church services with masks on our faces? Well, maybe they would and maybe they wouldn’t. But I personally would do not so such a thing, because I myself would not wish to be stormed upon, in same fashion.

To put on a mask is not sinful. To invade a business in disregard of store policy is sinful, because it doesn’t love one’s neighbor.  And love — what used to be called “Christian Love” — is the fulfillment of the Law.

I am a person who believes that unless the law of the land clearly violates the Law of God, then we are to obey that law. Yet here is a statement that I have heard emerge from Christian people’s mouths more in the last five years than I have in the last fifty years beforehand.

“We did not vote on that law!  Therefore we do not need to obey it!”

Let’s dissect this. I’m driving and I arrive at a stop sign. I personally did not vote on the law that says I have to stop at that stop sign. Does that mean I have a right to disobey it? Of course not.

With the issue of the masks, for example — and considering mask mandates to be “laws” — that is to say, ordinances — I would have obeyed that law like a good law-abiding citizen whether I agreed with the science or not!  It is not my role to dissect the scientific principles that influence lawmakers.  It is my role to obey the law unless it clearly violates the universal, inerrant, immutable law of God.

Now before I am accused of being a legalist, I need to make an all-embracing point:

Jesus Christ died for the sins of humanity and was resurrected that we might all enjoy everlasting life, here on earth in communion with Him and forever with Him and all the saints in heaven.

In a wholehearted embrace of this awesome truth, what kind of people ought we all seek to be?  We ought to be the best people we can be.  (2 Peter 3:11–18) We ought to love our neighbors, even our enemies —  do good to those who harm us, and pray for all those who despitefully use us. (And then, as Jesus said, “for great will be our reward in heaven.”

But to protest against those who believe differently than we do, and to impose our values —right or wrong — on others, is to miss the mark completely.  We can argue back and forth on peripheral issues till kingdom come. But in doing so, we risk missing the Kingdom when it does come.

In the 60s, the Youngbloods popularized a song called “Get Together.” It had these lyrics:

“Come on people now! Smile on your brother! Everybody get together, try to love one another right now!”

Plenty of people remember that song, but do they know how many of its lyrics reference biblical passages? The spirit that was alive in the Sixties was not just one of bloody protests, drugs and rampant sexual abandon. There was a spirit of love in that era whose fire ran parallel to the fires that burned down buildings in Santa Barbara. And that spirit of good will, one toward another, was once called Christian Love.

“Owe nothing to anyone, except to love one another; for the one loving the other has fulfilled the Law. For ‘You shall not commit adultery,’ ‘You shall not murder,’ ‘You shall not steal,’ ‘You shall not covet,’ and if there is any other commandment, it is summed up in this Word: “You shall love your neighbor as yourself.” Love does no evil toward its neighbor — therefore love is the fulfillment of the law.”  (Romans 13:8-10)

Previous Reflecting on Goals for the New Year
Next Religion’s Role in Jan. 6 Riot Named Top Religion Story of 2021

The State of Christendom in American Contemporary Culture, Part 3 - SpokaneFāVS